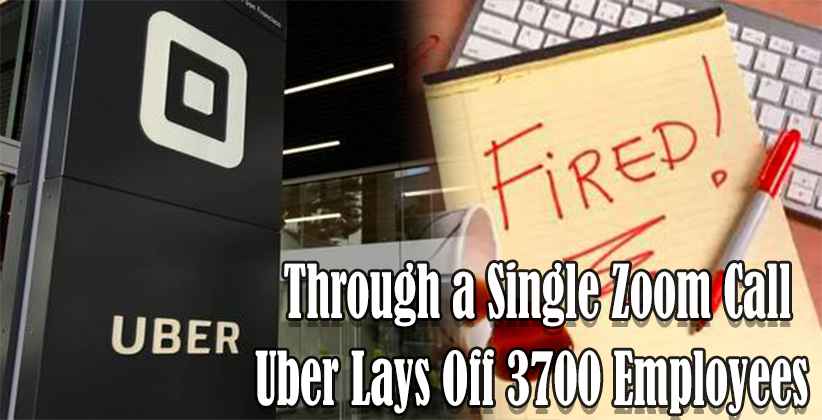 Through a single zoom call made to all the 3,700 employees i.e. 14% of its workforce an emotional Ruffin Chaveleau, head of the company’s customer service broke the news to the employees and the call lasted around three minutes. Uber has also been slammed for the impersonal nature of laying off its employees without any notice at hand.

Though many offices and organizations have opted for retrenchments because of the challenges emerging from the pandemic, Uber has been severely criticized for the manner in which it informed its employees that their services were no longer needed. The announcement made by an emotional Ruffin Chaveleau, head of the company’s customer service stated that “We are eliminating 3,500 frontline customer support roles. Your role is impacted and today will be your last working day with Uber.”

Stating reasons for layoff, Uber said that its ride business has fallen by almost half and that there is simply no work and support for its customer service employees. Further, while on the call, Chaveleau broke down and admitted that it was difficult to be at the receiving end of such news and also thanked the concerned employees for their contributions though the reactions were quite scathing.

Many employees have shown their angst for not being given any notice and the impersonal nature of making a call to all 3,700 employees in which the termination so abrupt was announced. However, these concerned employees have got their severance pay with no further notice.

In similar news, Uber had recently reported a quarterly net loss of $2.9 billion in the first quarter of 2020. The company has also offloaded Jump, its bike and scooter business to Lime, a company in which it is investing $85 million.