Home Business Wary of China and Huawei, BSNL And MTNL Apply For Abrogation Of Tender For 4G Upgrade
Business 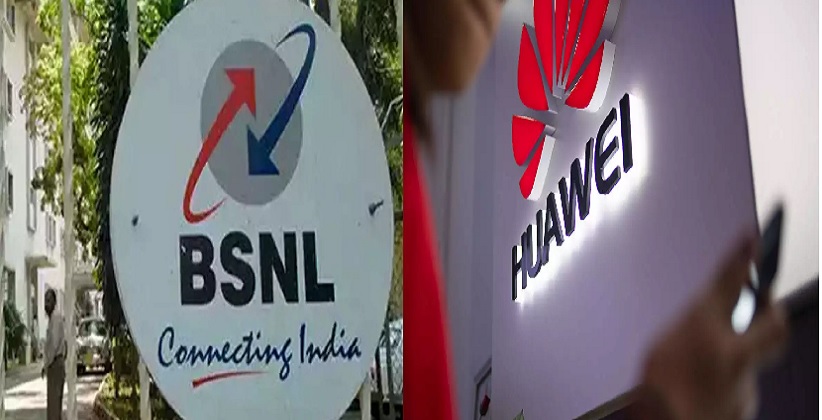 Despite the friction on the border between India and China, the latter appears to be on the Indian government's receiving end of economic salvos. Since the ban slapped on 59 Chinese Applications, state-run telecommunications firms — BSNL and MTNL — have scrapped their planned 4 G upgrade tenders.

The cancelation of the tender comes after BSNL and MTNL have been nudged by the telecom ministry to stop 4 G telecoms equipment from Chinese equipment manufacturers – Huawei and ZTE.

The Telecom Department (DOT) nudge was soon accompanied by a formation of a 6-member panel that was charged with reworking the terms of the tender. The group, embodied by BSNL and MTNL, is likely to come forward with its recommendations this week.

Fresh tenders are likely to be issued after a 6-member-panel has submitted the recommendations.

Fresh tenders are likely to include conditions barring Chinese players like Huawei and ZTE, based on the panel recommendations. The new tender conditions are also likely to focus on India 's telecommunications gear manufacturers to boost "Make in India".

This will be the latest in a long line of economic offensives undertaken by the Indian government if Chinese telecom equipment suppliers were to be stripped of the final tender conditions. Following the stand-off in Galwan Valley, India has tried using economic means to respond to Chinese aggression. The government had passed temporary orders on 29th June 2020, citing threats to national sovereignty and stability, ordering 59 Chinese apps for a ban.

Meanwhile, on consignment arriving from China, Customs imposed tight restrictions and inspections in Indian ports. Road Transport and Highways Minister Nitin Gadkari has also issued a statement stating that Chinese companies will not be allowed to take part in highway projects.

The Twitter-like Weibo account of Prime Minister Narendra Modi in China went blank on Wednesday, 1st July 2020, after his photo, posts, and comments were deleted from the handle.

The removal of all details from Modi's Weibo comes 10 days after the deletion of at least three official Indian statements – including the PM's – from the official account of the Indian embassy on the popular social media app, WeChat.

It could not be immediately ascertained when Modi’s Weibo handle was taken down but on Wednesday, 1st July 2020, the page was blank.

It also comes in the backdrop of India banning 59 Chinese apps on Monday because of security and data breach concerns.

All details from Modi's account-including his profile photo was taken down on Wednesday, 1st July 2020.

Before his first visit to China as prime minister, Modi's Weibo account was set up in 2015 amid much fanfare and publicity.

The account had 244000 followers since then, many of them Chinese.

Since 2015, barring this year, Prime Minister Modi had wished President Xi Jinping ahead of his birthday on 15th June 2020.

He also published messages on Sino-India ties especially after meetings with Xi.

PM Modi’s posts on Weibo were in Chinese.

An Indian embassy source said, “We are taking action to unsubscribe the account”.