Home Business WhatsApp to SC: Will Not Roll Out Online Payment Service Without RBI Nod
Business 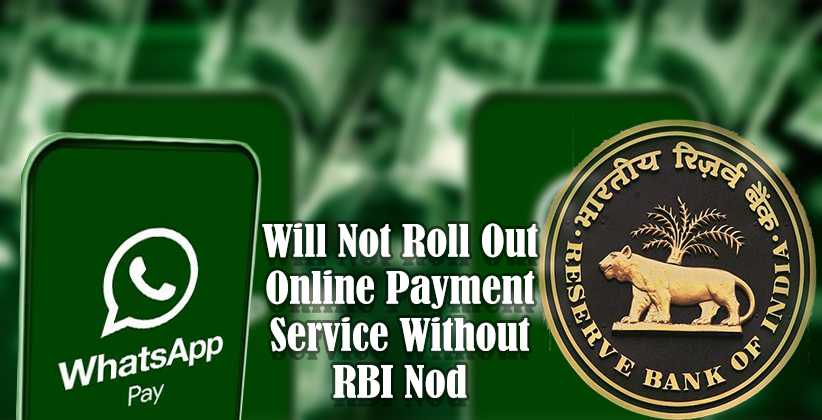 During the trial, Counsel for WhatsApp, Senior Advocate Kapil Sibal assured that his client will not roll out its payment services without duly complying with all the regulations and norms in place in India by RBI (Reserve Bank of India).

The petition was filed to ban WhatsApp’s supposed payment service as it was alleged that it is not in line with data localization norms of RBI.

The petitioner also contended that WhatsApp's existing model for its payments service, which is essentially embedded within the messaging app itself, is liable to be declared inconsistent with the Unified Payment Interface (UPI) Scheme.

It was further contended that the National Payments Corporation of India (NPCI) and the Reserve Bank of India (RBI) be directed to ensure that WhatsApp's existing model is changed to come in line with the UPI payment scheme.

Petitioners have also alleged that the "serious, blatant, and willful violation" of the mandatory guidelines and regulatory norms of the UPI Scheme by WhatsApp, can pose a serious threat to the monetary policy of India as it is likely to affect the safety and privacy of the country’ India.

The Court has asked the Central government, Facebook, and WhatsApp to file their replies within three weeks and has scheduled the next hearing thereafter. The Court also clarified that the government is permitted to process the applications filed by WhatsApp seeking permission for the payment service, in accordance with the law and that there will be no stay on the same.

This is not the first petition which is filed against WhatsApp. In 2018, one ‘Think tank Centre for Accountability and systemic change’ (CASC) also had filed a petition alleging that WhatsApp was not fully in compliance with the norms prescribed in India for launching payment services. At that time as well, WhatsApp had provided the same assurance to the SC as in the present case.

The petitioner- Good Governance Chambers, was represented by Senior Counsel Krishnan Venugopal while the Solicitor General of India was representing the Union of India.