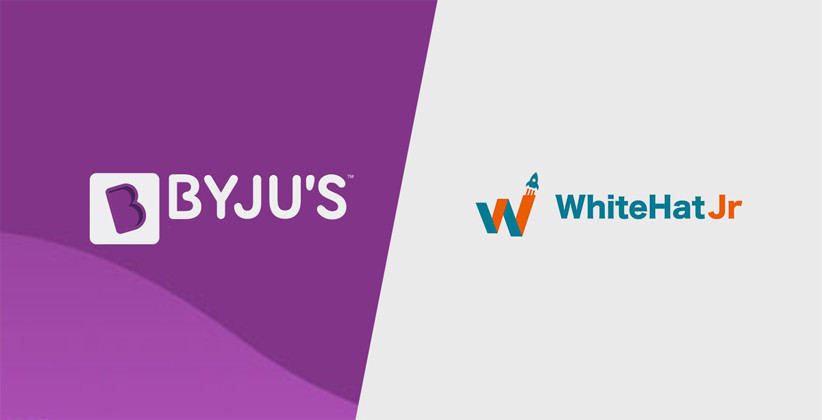 Byju’s, an EdTech company, announced on Wednesday (5th August) that it has acquired WhiteHat Jr. According to the sources the deal has been sealed at $300 million.

The move aims to combine the leadership of Byju’s in education technology and the strength of WhiteHat Jr in live online coding.

WhiteHat Jr was founded in November 2018. It helps children between the ages of 6 and 14 years in building commercial-ready games, animations, and apps online using the fundamentals of coding.

The investors from whom the startup had raised funding includes Nexus Venture Partners and Omidyar Network and has touched a revenue run rate of $150 million.

The company in a statement said, “With coding fast emerging as a key skill for the future, this integration will help Byju's further expand its offerings in India. This acquisition will also accelerate Byju's US expansion plans.”

The company had recently raised funds from Silicon Valley investor Mary Meeker's fund BOND Capital, which valued the company at over $10 billion. According to the company, it has 64 million students cumulatively learning from the app, and 4.2 million annual paid subscriptions.

Byju’s plans to make significant investments in WhiteHat Jr’s technology platform, product innovation while expanding the teacher base to meet the demand from new markets, a statement said. Karan Bajaj, the founder of WhiteHat Jr, will continue to lead and scale the business in India and the US.

Byju Raveendran, the founder, and CEO of Byju’s said, “WhiteHat Jr is the leader in the live online coding space. Karan has proven his mettle as an exceptional founder and the credit goes to him and his team for creating coding programs that are loved by kids. Under his leadership, the company has achieved phenomenal growth in India and the US in a short span of time.”

Karan Bajaj said that they started WhiteHat Jr. to make kids creators instead of consumers of technology. Technology is at the center of every human interaction today and they had set out to create a coding curriculum that was being delivered live and connected students and teachers like never before. He further said that integration with a visionary company such as Byju's will help take the idea to new heights and help unleash the remarkable creative potential of kids on a global scale.