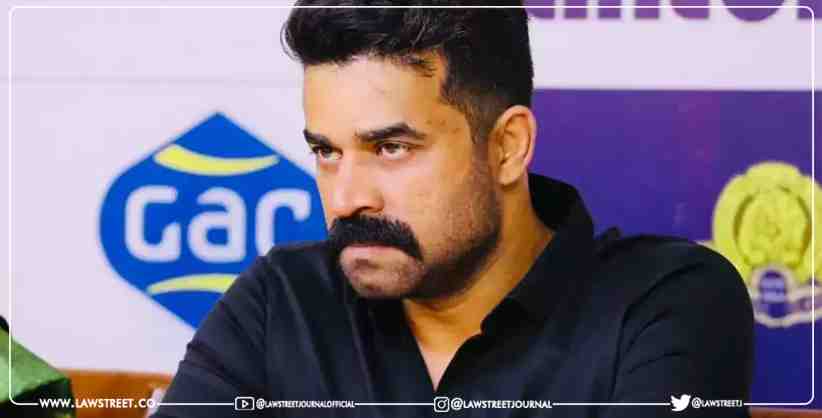 On Friday, the Kerala High Court extended the interim anticipatory bail granted to actor-producer Vijay Babu till Monday, in the case where an actress accused him of sexually exploiting her.

The Hon'ble Justice Bechu Kurian Thomas extended the interim bail when he was informed that the DGP was indisposed and required time to appear in the case.

Last week, the actor was granted interim pre-arrest bail, stating that the fact that he was out of the country was not enough to deny his bail application. The Judge extended it after learning that Vijay Babu had returned to India and had appeared before the police for interrogation. The actor, on the other hand, was told to cooperate with the investigation and not to tamper with it.

The matter had previously been heard in part by the Court, and the Bureau of Immigration had also filed an application to be impleaded in the case. The judge also urged the prosecution to give the actor time to return to India and appear before the court, stating that this was the only reasonable way to ensure that the victim in the case received justice. It had also told the actor orally that he should make himself available to the court's jurisdiction.

When she was a newcomer to the industry, the actor "gained her trust by being friendly and advising her," according to the de facto complainant. She went on to say that he sexually exploited her while posing as a "saviour" for her in both personal and professional matters.

As a result, the Ernakulam police received a complaint against him. Meanwhile, the actor went on Facebook Live to deny all of the accusations levelled against him. However, during the live stream, he revealed the survivor's name, causing even more controversy. A separate case has been filed against the actor under IPC Section 228A (public disclosure of the victim's identity in certain offences) for revealing her identity on a public platform.

He claims that the de facto complainant is merely attempting to blackmail him by filing this false case in his bail application, which he filed through Advocate S. Rajeev. He went on to say that while the survivor has the right to make accusations against anyone, the statutory authorities have a responsibility to investigate the allegation before tarnishing or defaming an individual based on an unsubstantiated complaint.

The actor has stated that he is afraid of being arrested because police officers are allegedly influenced by media reports. He claims that the officers want to arrest him because of media pressure and to make news for the media.