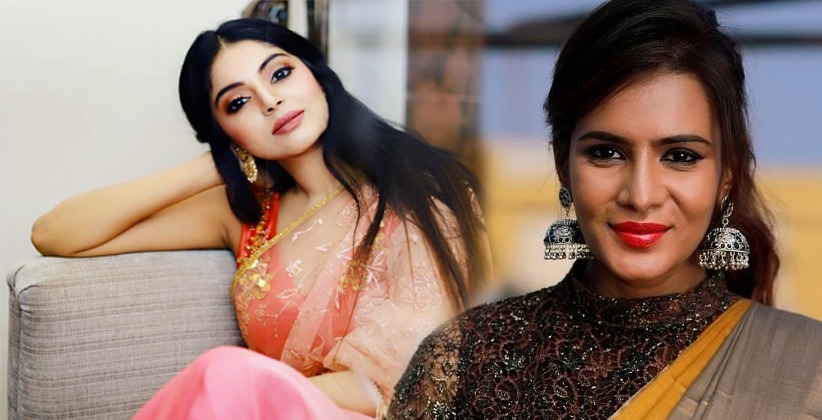 Bengaluru based renowned model and actress Sanam Shetty, who appeared in Bigg Boss Tamil season 3, sent a legal notice to the self-proclaimed model and actress Meera Mithun for spreading false rumors against her. Also, she demanded an apology from Meera on social media.

Meera was constantly attacking her on social media and was targeting her character without any pieces of evidence or proofs, says Sanam. Now, Sanam is planning to file a defamation case [Sections 499-502 of the Indian Penal Code] against Meera for degrading her dignity and posting foul stuff against her on social media, as Meera has not accepted to apologize to her.

Sanam sent a notice to Meera on August 10, 2020. She also accused Meera of calling her a ‘criminal’ in Meera’s recent social media post. Sanam Shetty’s legal advisor told Meera to apologize to her publicly, or else he would take the case

Sanamfurther tweeted, “My legal team has just issued Legal Notice to @meera_mitun for degrading my modesty and moral character with baseless allegations and name-calling me as 'Criminal', 'affair' etc. Her apology is demanded failing which Defamation Case will be filed for damages caused to my reputation”

Further, she posted a picture of legal notice, in which she had mentioned everything that Meera did.

The notice read that Sanam “saw your (Meera’s) multiple interviews about the leading actors and their families, wherein you have made heinous and baseless allegations and statements against them without any material proofs, which cannot be codified in words.”

“Being a known person from the modeling industry as well as being a part of the Tamil Film Industry, my client (Sanam) advised you through a video in social media, stating not to indulging in such kind of defamatory acts and using offensive words against the state Tamilnadu, Tamil Film Industries and Tamil Film Artists and their respective families,” it added.

On August 10, 2020, Meera shared a picture of Sanam’s on social media with Joe Michael. In that post, she had mentioned defamatory and false things, says Sanam. She wrote, “The criminal who is in association with this female, I see this female has been going about talking illicit false info on me, I have been forgiving you so long just because you are a woman even though you are a criminal.”

After this event, Meera claimed that she (Sanam) and Ajit Ravi were in a serious and romantic relationship at the time of the South India Beauty Pageant competition. Meera alleged that she lost the Beauty Crown of Miss South India, 2016 because of Sanam, as the Judge of the contest was Ajit Ravi, her then-boyfriend, and she claimed that Ajit made Meera lose the contest because of their relationship.