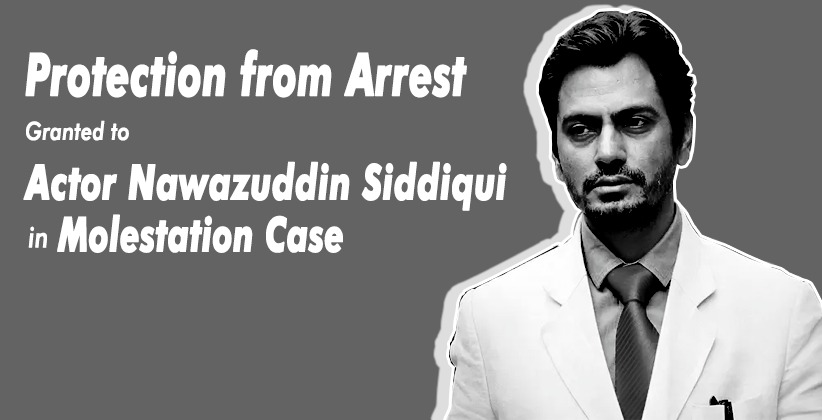 On Thursday (October 22, 2020), the Allahabad High Court issued a stay against the arrest of actor Nawazuddin Siddiqui in a molestation case filed by his estranged wife against him and his two brothers Fayazuddin and Ayazuddin and his mother Mehrunissa.

Actor Nawazuddin Siddiqui’s counsel Nadeem Zafar Zaidi said that the Allahabad high court has stayed the arrest of the actor and his two brothers Fayazuddin and Ayazuddin and his mother Mehrunissa but his third brother Munazuddin did not get the failed to get relief from the court.

Actor Nawazuddin Siddiqui’s estranged wife Aliya had filed a complaint against him his three brothers Fayazuddin, Ayazuddin, and Munazuddin with their mother Mehrunissa accusing them of assaulting her as well molesting a minor child in the family in 2012.

FIR matter was filed by Actor Nawazuddin Siddiqui’s estranged wife Aliya at Budhana Police Station in Muzaffarnagar District on August 14, 2020, under Sections 354 (outraging modesty of a woman), 323 (voluntarily causing hurt), 504 (insult with intent to provoke breach of peace) and 506 (criminal intimidation) along with Sections 8, 12 and 21 of the Protection of Children from Sexual Offences Act, 2012.

Nawazuddin Siddiqui, represented by Abhishek Yadav, argued that the allegations are absolutely false and the FIR was lodged just to extract a favorable settlement because he is a film actor.

The bench of Justices Manoj Mishra and Sanjay Kumar Pachauri observed that the allegations made in the FIR were essentially in two parts as per which the first part was with respect to child abuse and the second part was in respect of the entire family of the ganging against the wife of Nawazuddin Siddiqui.

The court further considered that specific allegation of child abuse is against Minajhuddin Siddiqi only and the rest of them have been implicated by leveling general allegation.

The court deemed it appropriate to dispose of this writ petition by providing that as for the rest of them the investigation shall be continued and be brought to its logical conclusion but they shall not be arrested in the above case till submission of police.