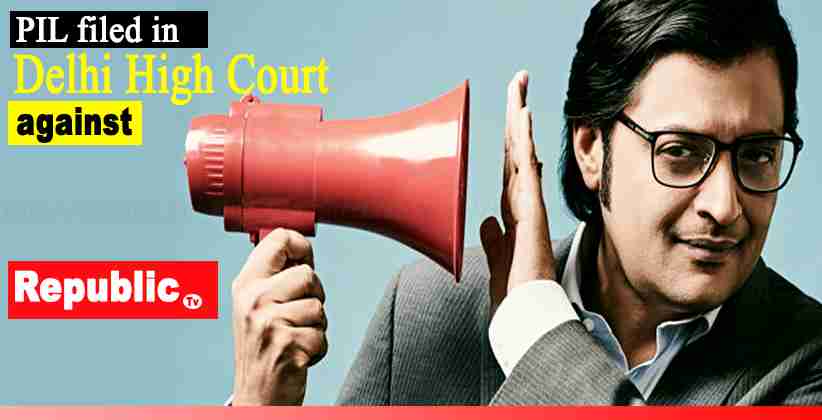 On Friday (9th October 2020), a PIL has been filed in the Delhi High Court alleging that journalist Arnab Goswami and his channel, Republic TV were reporting “distorted and misleading facts” on the death of actor Sushant Singh Rajput which also resulted in the infringement of the right to a fair trial of actor Rhea Chakraborty, who is accused of the death of the Sushant Singh Rajput.

The PIL was filed by Mohd Khalil through Advocate Randhir Kumar Lal and Standing Counsel Ajay Digpaul represented the Centre. It was filed to seek

The petition was heard by a bench of two judges: Chief Justice DN Patel and Justice Prateek Jalan. They asked the petitioner to come on the next date i.e. 27th November with the suggestion on the kind of rules that can be framed to regulate media reporting of criminal probes.

The petition has claimed, “Interestingly, no investigating agency is probing any charge of murder in the present criminal investigation. Even the FIR registered by the Patna police on the complaint received by the father of the deceased (Rajput) is for abetment to suicide and other penal provisions. Moreover, as per the report of AIIMS, the cause of death is suicide and not murder.”

It has also sought a direction from the court to restrain the journalist and the channel from “publishing or broadcasting any information or news related to any criminal investigation in the name of investigative journalism and/or information received from anonymous sources.”