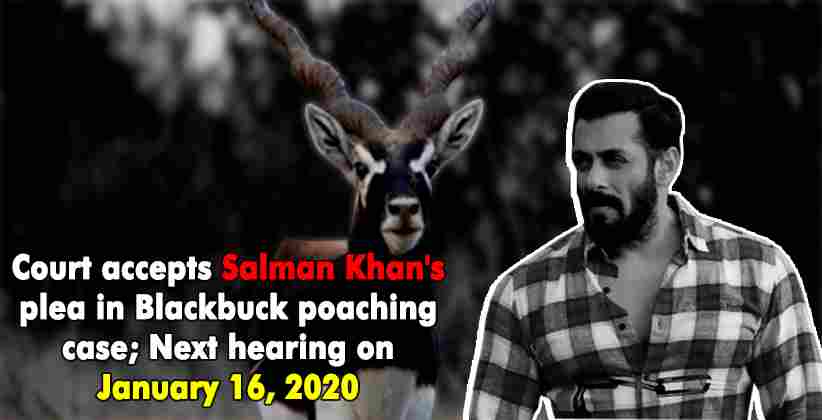 CelebStreet Dec 03, 2020 Samit Siddhanta ( Editor: Ekta Joshi ) 3 Shares
3 Shares
On December 1, 2020, Bollywood Star Salman Khan’s plea was accepted by the court seeking exemption from marking his attendance in the court in the Arms Act and Blackbuck hunting case. The court allowed his plea and fixed the next hearing date for January 16, 2021. This was confirmed by his lawyer Hastimal Saraswat.

Khan was supposed to be present in the Court of District and sessions District Judge Raghavendra Kachwal on Tuesday (December 1, 2020). However, his attorney submitted an application regarding his exemption from marking attendance in court followed by an argument stating the cause of COVID-19 spread, and hence the court accepted the plea.   The above-mentioned case involved the alleged killing of Blackbucks during the shoot of his film Hum Sath-Sath Hain in the forests near Jodhpur in 1988. The case consists of a history starting from 10 April 2006 when he was sentenced with 5 years of imprisonment until he was granted bail on 13 April 2006. The star was accused under the Wildlife Protection Act,1972, a case under sections 3/25 and 3/27 under the Arms Act, 1958 for allegedly keeping and using a firearm with an expired license. After 12 years since he was sentenced with 5 years of imprisonment on 5 April 2018, he was again convicted by Jodhpur court but again on 7 April 2018 he was granted bail. Since then, the case has taken many turns.

Salman’s attorney, Hastimal Saraswat submitted an application in court explaining Salman’s absence in court. In his petition, he says that the respondent lives in Mumbai and as the covid-19 spread is quite high in Mumbai and Jodhpur so his coming to Jodhpur is not free from danger. Therefore, the respondent should be given an exemption from his attendance in the hearing. The court accepted the plea but fixed the next date of hearing on January 16, 2021 and ordered him to be present on the same day of the hearing. The District and Sessions Court in Jodhpur are hearing Salman’s plea against a verdict sentencing him for 5 years in jail in April 2018. Later, Salman appealed in the mentioned District and Sessions Court against the punishment and subsequently, the state government challenged the decision under section 3/27 of the Arms Act, 1959. Both these cases were to be heard on Tuesday (December 1, 2020). 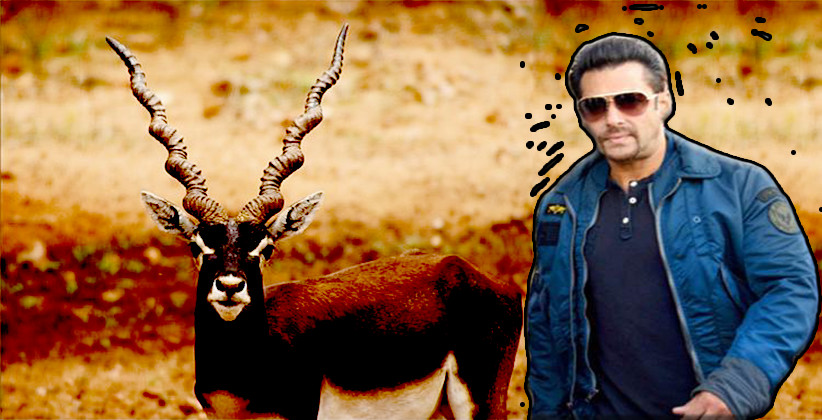 CelebStreet Sep 27, 2019 Lawstreet News Network 1 Shares
1 Share
Bollywood actor Salman Khan today (September 27, 2019) failed to appear before a Jodhpur court in connection with the 1998 blackbuck poaching case, citing his busy schedule.Learned counsel, appearing for the actor informed the District and Sessions Court that Salman Khan was busy with the shooting of an upcoming movie.The advocate also mentioned in the court about the threat Salman Khan has received days ahead of the hearing in connection with the case.The threat, which carried a photo of...
Read full post CelebStreet Sep 25, 2019 Lawstreet News Network 3 Shares
3 Shares
Ahead of his court hearing in the 1998 blackbuck poaching case, Bollywood actor Salman Khan has received a death threat through social media website Facebook.The threat, which carried a photo of Salman Khan with a red cross, was posted on Facebook by an account named Gary Shooter.The message in Hindi posted on a group called 'Sopu' warned the actor that he could escape from Indian law but not from the law of Bishnoi community.The Rajasthan Police on September 24, 2019, said that they are...
Read full post