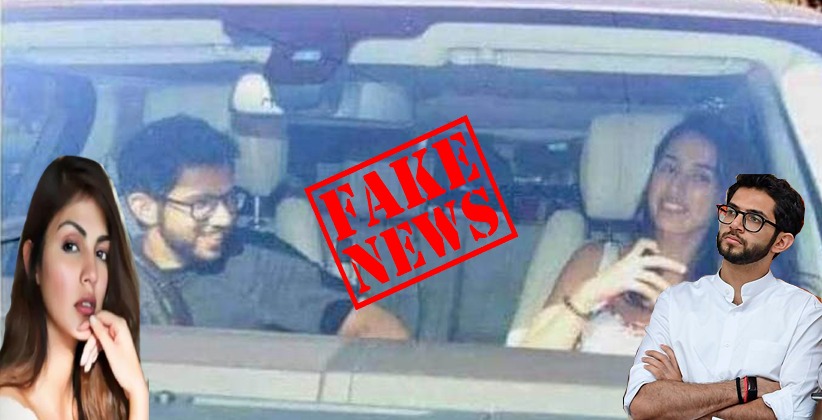 Aditya Thackrey, Maharashtra Tourism Minister was caught with a woman in his car who was claimed to be the actor Rhea Chakraborty. An image of the same was circulated on social media platforms like Twitter and Facebook.

The image is of last year. On Facebook had over 2.8 thousand shares and more than 500 comments and the same post on Twitter had 3.8 thousand shares and over 9 thousand likes. After checking and investigating with the print and SM Hoaxslayer it was found that the woman in the picture is not the Rhea Chakraborty but indeed, she is actor Disha Patani of the time when she went out for dinner with Aditya Thackrey in Mumbai.

The image was taken on 13 July 2019. This viral image has been the sensation because the woman who was claimed to be Rhea Chakraborty was the girlfriend of the actor Sushant Singh Rajput who is now dead and in the investigation of his case is being done by the Mumbai police.

There have been numerous conspiracy theories surrounding his death. Posts captioned as “Aditya Thackrey with Rhea Chakraborty, that’s the reason why Mumbai police are not investigating the SSR case” are being made viral on Facebook or other social platforms.