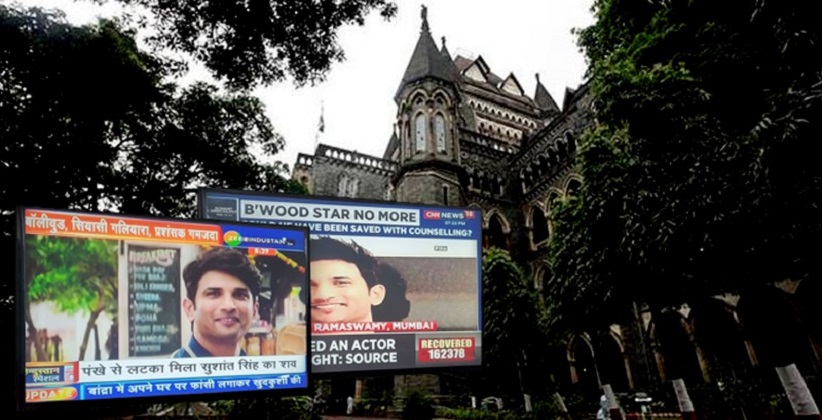 The Bombay High Court on Thursday (September 10, 2020), while hearing petitions challenging the media trial in actor Sushant Singh Rajput’s death, told the Centre that it was “surprised” to know that there was no provision for a statutory body to regulate the media.

A bench of Chief Justice Dipankar Datta and Justice G S Kulkarni Court made the observation while hearing two public interest litigations. The first PIL was filed by eight former Indian Police Services officers, who had alleged that the media was portraying the Mumbai police in a negative light. The second litigation, filed by a newspaper editor, a filmmaker, and a retired bureaucrat, was against the “parallel media trial” in the case.

Additional Solicitor General Anil Singh, who represented the Centre, told the bench that the Press Council of India was a statutory body under the Press Council Act, 1978, while the National Broadcasters Association was a “self-regulatory” body for news channels.

The News Broadcasting Standards Authority, which has been set up by the NBA, told the court that it had received complaints from viewers and was looking into them, according to The Indian Express. The organization assured the court that it would submit an action taken report in the case.

“We are surprised to find there is no state control over electronic media,” the bench comprising Chief Justice Dipankar Dutta and Justice GS Kulkarni noted. “This body [News Broadcasting Standards Authority] has no teeth at all is our prima facie view.”

The petitioners, meanwhile, told the court that news channels had been violating the NBA’s code of ethics. Singh, on the other hand, said that the petitioners can approach the two organizations for coverage-related complaints.

“The Supreme Court order about Mumbai Police will prevail,” Dutta said. “What is so objectionable here? Why should you consider what the news anchor is saying and how can we stop that?”

The court, then, asked the media houses to adhere to its order from September 3 and exercise restraint while reporting on Rajput’s death.

Rajput was found dead in his apartment in Bandra on June 14, in what the Mumbai Police said was a case of suicide. His death is being investigated by the Narcotics Control Bureau, the Central Bureau of Investigation, and the Enforcement Directorate.

Several TV news channels have been targeting actor Rhea Chakraborty, who has been accused by Rajput’s family of drugging him and driving him to suicide. In a TV interview last month, Chakraborty had spoken of the harassment that she and her family were facing. “The witch-hunt mentality has destroyed my family’s life,” she told the news channel.

Last month, the Press Council of India had advised media organizations to adhere to journalistic standards, refrain from sensational reporting, and not conduct a parallel trial in the investigation into Rajput’s death. The Network of Women in Media had also criticized media houses for targeting Rhea Chakraborty and said investigating authorities should be allowed to do their job fairly.