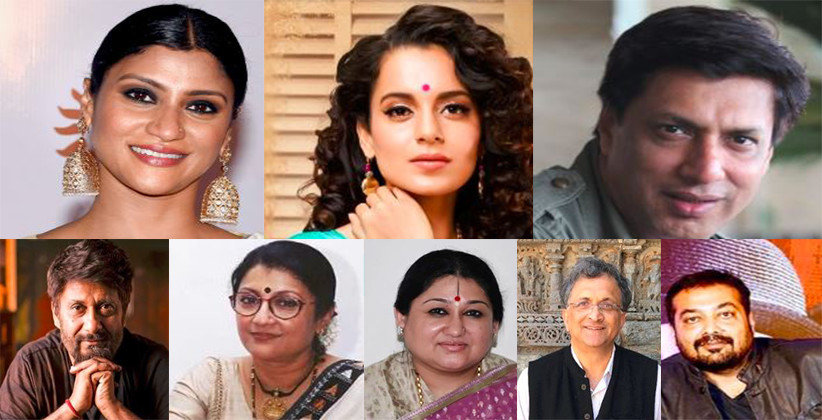 A petition has been filed in a Bihar court on July 27, 2019, against nine persons, including Aparna Sen, Revathi and Konkona Sen Sharma, who were among those who had written an open letter to Prime Minister Narendra Modi on the lynching of minorities and hate crimes.

The petition was filed by an advocate Sudhir Kumar Ojha before the court of Chief Judicial Magistrate under Sections 124A (sedition), 153B (assertions prejudicial to national integration), 290 (public nuisance), 297 (trespass to wound religious feelings) and 504 (intentional insults) of the Indian Penal Code, 1860, ANI reported.

It also named actress Kangana Ranaut and directors Madhur Bhandarkar and Vivek Agnihotri, who were among 61 high-profile personalities to counter the letter, as "witnesses".

Ojha in his petition has alleged that the 49 signatories to the letter had, by their act, "tarnished the image of the country and undermining the impressive performance of the Prime Minister" and also charged them with "supporting secessionist tendencies". The matter is likely to come up for hearing on August 3, 2019.

On July 23, 2019, 49 personalities, including filmmakers Mani Ratnam, Anurag Kashyap, Shyam Benegal and Aparna Sen as well as vocalist Shubha Mudgal and historian Ramchandra Guha, had expressed concern at the number of "religious identity-based hate crimes". They sought stronger action against such cases by also noting that 'Jai Shri Ram' has become a provocative war cry with many lynching incidents taking place in its name.

Subsequently, sixty-one well-known personalities, including lyricist Prasoon Joshi and singer Malini Awasthi, had written a counter open-letter blaming the 49 signatories of 'selective outrage', and attempting to 'foist a false narrative'. "It (the 23 July letter) is aimed at tarnishing India's international standing and to negatively portray the prime minister's untiring efforts to effectuate governance on the foundations of positive nationalism and humanism which is the core of Indianness," the statement read.