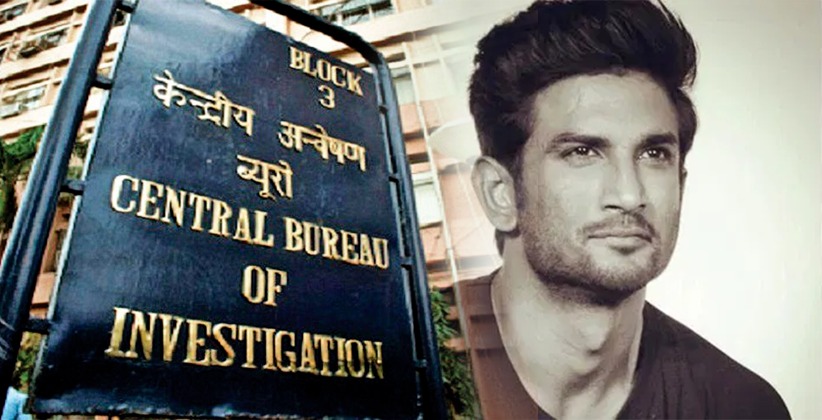 The Central Bureau of Investigation (CBI) on Thursday (August 13, 2020) told the Supreme Court that no FIR has been registered by the Mumbai Police in the Bollywood actor Sushant Singh Rajput’s suicide case. The CBI filed an affidavit in reply to the Rhea Chakraborty’s plea seeking transfer of FIR registered against her in Patna to Mumbai.

The central agency in their affidavit pointed out that the “investigation can start only under Chapter XII of the Code [Cr.P.C.] and can commence only by registering of a FIR under section 154/155/156 of the (Criminal Procedure) Code. It is only after registration of FIR that the Police get jurisdiction to record statements of witnesses, and not otherwise”. It also said that all 56 statements of the witnesses which have been recorded by the Mumbai Police have “no validity or legal sanctity” and that, the police officer is merely discharging its functions under section 174 of Cr.P.C. which talks about Police duty to enquire and report on suicide, etc.

Solicitor General Tushar Mehta, on behalf of the Centre, argued that the Police can proceed with its investigation only after the registration of FIR. He further stated that “Even after registration of a FIR, the police officer is mandated to intimate the magistrate about the same and thereafter everything happens under judicial supervision. This has admittedly not taken place”.

In her written reply, Rhea maintained the Bihar Police had no jurisdiction in the concerned matter stating that section 177 of the Cr.P.C. mandates that the case should be investigated where the offense has been committed. While opposing the State’s decision to transfer the case to the CBI, she said, “transfer has been undertaken solely with the motive of rendering” her plea “infructuous”.

CBI has already registered a FIR following the Centre’s approval for the CBI probe into the Sushant Singh Rajput death case after the request made by the Bihar Government. Alongside, the Enforcement Directorate is investigating the matter under the Prevention of Money Laundering Act, 2002.

Maharashtra Police had also submitted its report of the investigation so far to the Court. The bench has reserved orders on Rhea’s plea seeking transfer of FIR in connection to the Sushant’s suicide from Patna to Mumbai.