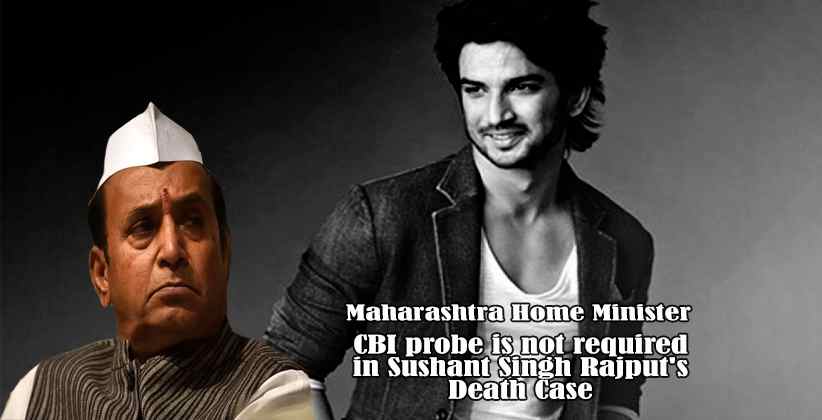 He said that the police are examining the case from the business rivalry angle too. It was initially found that the actor was suffering from depression.  On Thursday (16th July) Sushant’s friend, actress Rhea Chakraborty had tweeted asking for a CBI probe into the case for the understanding of the pressures that Rajput was facing which prompted him to take his own life. Chakraborty stated that while she has full faith in the government, a CBI inquiry would will help bring justice to the case.

Deshmukh while talking to PTI said that the police were conducting a detailed inquiry and recording the statements of people linked with the case. Till now police have recorded statements of over 35 people including Rhea Chakraborty, filmmaker Sanjay Leela Bhansali, casting director Mukesh Chhabra, Rajput’s family members as a part of the inquiry. Rajput acted in films like Detective Byomkesh Bakshy, Sonchiriya, Kai Po Che!, and PK. His most remembered and prominent role came in the biopic of cricketer Mahendra Singh Dhoni – M.S. Dhoni: The Untold Story where he played the role of the cricketer. Sushant Singh Rajput, 34, was found dead in his Bandra apartment in Mumbai on 14th June and it was considered a case of suicide prima facie.