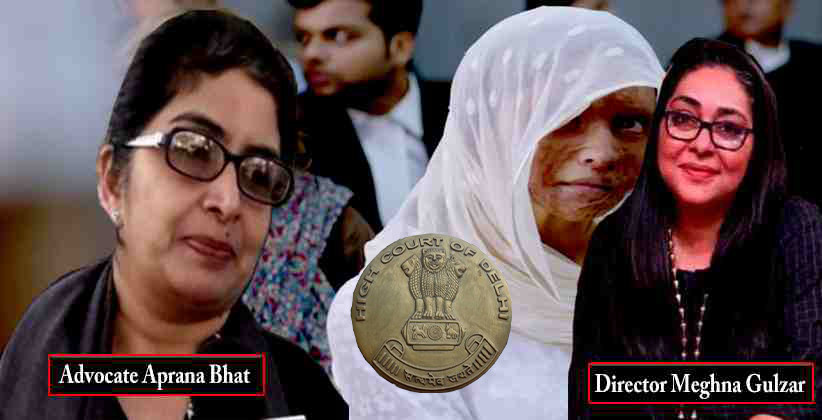 The next date of hearing of the case filed by Advocate Aparna Bhat against Chhapaak filmmakers is set as 27 January, 2020. The lawyer had filed a contempt petition in Delhi High Court against Deepika Padukone and makers of the movie for not giving her due credits despite the previous Court Order in her favor dated January 11, 2020.

The plea has sought initiation of contempt proceedings against the makers of the film for non-compliance of the High Court order directing respondents to give credit to the Advocate for her contribution in the making of the film.

Bhatt represented Laxmi, the acid attack victim on whom the movie is based. “I have filed this petition as the makers have not included the credits in the copy of the film which is being screened internationally,” she said.

The movie was released on 10 January, 2020 and depicts the arduous and heroic journey of Ms. Laxmi Agarwal since the time she was attacked with acid at the young age of 15. Ms. Meghna Gulzar is the Director/Producer of the film. The film seeks to portray her emotional and legal journey. Ms. Bhat was also involved in the making of the film when she was approached by Ms. Gulzar, apart from the legal help she provided to Laxmi, by giving her inputs, providing documents, explaining the legal nuances in the entire journey, editing the script etc. It was agreed at the time of finalization of the script that Ms. Bhat’s role in film would be acknowledged by mentioning the same in the film as under:

“Aparna Bhat continues to fight cases of sexual and physical violence against women.”

When due credit was not given, the suit for injunction was filed before the Trial Court by her. The trial court had granted an interim order in favour of Ms. Bhat and ordered that her contribution be duly acknowledged.