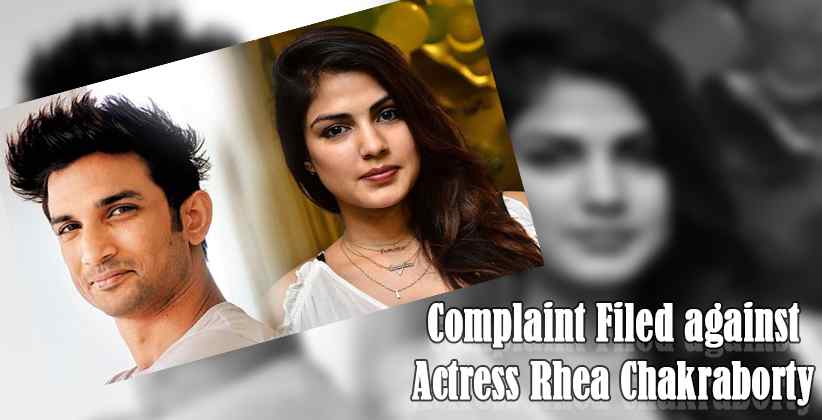 On 20 June 2020, a complaint was filed against actress Rhea Chakraborty, ex-girlfriend of the late actor Sushant Singh Rajput, for abetting the actor’s suicide. The petition was filed in the court of Chief Judicial Magistrate Mukesh Kumar in Muzaffarpur. The matter is pending to be heard on 24 June 2020.

The complainant, Mr. Kundan Kumar, is a resident of Patahi locality in Muzaffarpur. He alleged that the actress exploited the actor financially and mentally, and dumped him after her career was secure and her purpose was served. His lawyer said, “My client is a huge fan of Rajput and has been deeply distressed by his suicide. He has filed his complaint under IPC, 1860 Sections 306 and 420.”

Earlier, the actress was interrogated by Mumbai Police, but no charges were pressed against her. She admitted that she had been living with the late actor and they were planning to invest in a property together as they were looking forward to getting married in November. The police have recorded statements of around 15 people so far, Rhea being one of them.

When the police asked Rhea about her breakup with Sushant, she said that the couple had a fight after which she left the Carter Road penthouse that was shared by the couple. She added that even after their fight, the couple was in touch with each other on calls and over texts. The police have thoroughly scanned her phone, and the pictures, videos, and texts exchanged between the couple.

The case has been registered against Chakraborty under Section 306 (abetment to suicide) and section 420 (fraud) of IPC. According to a report, the fan claims that Sushant was in depression and Rhea instigated him into taking such a drastic step.

This is the second petition filed before the Chief Judicial Magistrate’s court in the town of Muzaffarpur in relation to the death of Sushant who was born in Patna.

Earlier this week, Sudhir Kumar Ojha had filed another petition in the CJM’s court accusing Bollywood celebrities Salman Khan, Karan Johar, Aditya Chopra, Sanjay Leela Bhansali, and Ekta Kapoor. Ojha alleged that these Bollywood panjandrums stymied the growth of the deceased in the industry and tried to sabotage his career.

Meanwhile, Bihar Deputy Chief Minister Sushil Kumar Modi, along with one of Sushant’s cousin Neeraj Singh Bablu, visited the actor’s residence in Patna. He met Sushant’s bereaved father and offered condolences to his family members. Neeraj is a BJP leader who had traveled to Mumbai along with the late actor’s father, Mr. KK Singh, for performing his last rites. Other political figures such as former MPs Lovely Anand and Pappu Yadav have demanded a CBI probe into the suicide.

Bhojpuri actors Khesari Lal Yadav and Akshara Singh also visited Rajput’s residence in Patna. After meeting the family, Yadav said, “It is my appeal to the people of Bihar and UP to always shower their love and affection on sons of the soil who make a name for themselves in the Bollywood enduring untold hardships.”