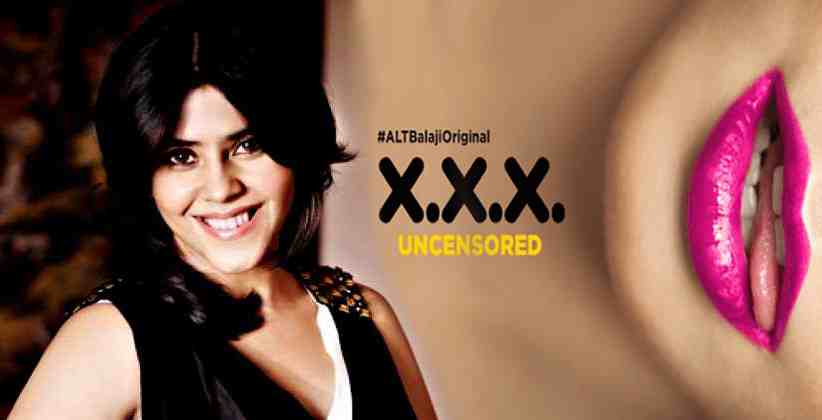 The FIR also mentions a scene that allegedly portrays the uniform of the Indian Army in a highly objectionable manner. Annapurna police station inspector Satish Kumar Dwivedi said, "Besides Ekta Kapoor, FIR mentions the names of the director of the web series Pankhudi Rodrigues and screenwriter Jessica Khurana." The complaint was lodged on Friday night by Valmik Sakaragaye and Neeraj Yagnik, both residents of Indore.

Ekta Kapoor, the founder of ALTBalaji, which is owned by her production company, Balaji Telefilms, said that their organization is "deeply respectful" of the Indian Army and apologized for hurting any feelings inadvertently.

She said in a statement, “As an individual and as an organization, we are deeply respectful towards the Indian Army. Their contribution to our well-being and security is immense. We have already deleted the scene that is being spoken about, so the action has been taken from our side. We fully apologize for any sentiment that is hurt unintentionally. What we don't appreciate is the bullying and the rape threats by the trolls” Following former Bigg Boss contestant Hindustani Bhau, a few ex-army personnel in Gurugram's Palam Vihar lodged a police complaint against producer Ekta Kapoor.

The chairman of the Martyrs Welfare Foundation (MWF) – Major TC Rao objected to the content shown in the Kapoor web-series. He said the display showed the wife of an army officer cheating on him in his absence and that is a major insult to the soldiers who represent the country on the borders. Rao continued that it also depicts the woman making her lover wear her husband's uniform only to tear it off later in the scene which is another insult among many in the show to the Indian army. Rao stated, “This content is highly objectionable and it could demoralize our armed forces. Triple X-2 also has scenes where uniforms of military men, having symbols of Ashoka statue and Taj are torn apart. This is an insult to our armed forces and military personnel.”

Section 294 of the Indian Penal Code, 1860 states, “Whoever, to the annoyance of others, (a) does any obscene act in any public place, or (b) sings, recites or utters any obscene song, ballad or words, in or near any public place, shall be punished with imprisonment of either description for a term which may extend to three months, or with fine, or with both.”