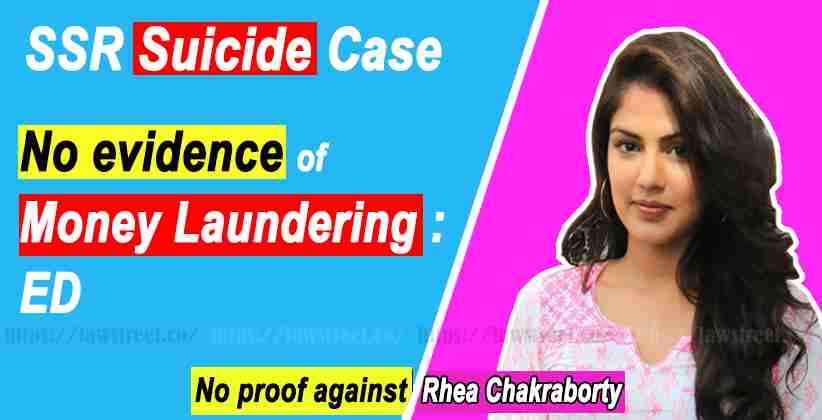 As reported recently, the Enforcement Directorate has found no concrete evidence and no large misappropriation of funds from Sushant’s account by Rhea Chakraborty or by any other accused as alleged by the late actor’s family. Nothing was found by the agency which could be accounted as suspicious activity. ED believes that the late actor’s family doesn’t have a single idea about the actor’s finances and this could be the reason they suspected misappropriation of funds from his accounts. Though the agency is still investigating the small transactions and is also trying to find its nature.

The ED filed a case on July 31st, 2020 against Rhea and other accused in the FIR filed at Patna Police Station. The ED registered the case under the Prevention of Money Laundering Act, 2002 (PMLA). The late actor’s father alleged that Rhea and other accused were the reason for the actor’s suicide and also his money was used by them for their own benefits. It was alleged that an amount of Rs. 15 crores were taken away from the late actor’s account which initially had Rs. 17 crore and the money was transferred to accounts unknown to them.

However, as per ED, there is no trace of transfer of irregular or of an absurd amount to Rhea Chakraborty. Though there are small transactions that have happened, and which are also totally justified as Sushant and Rhea were dating each other.

The above stated investigations were started when the actor was found dead in his apartment in Mumbai earlier in June, 2020.