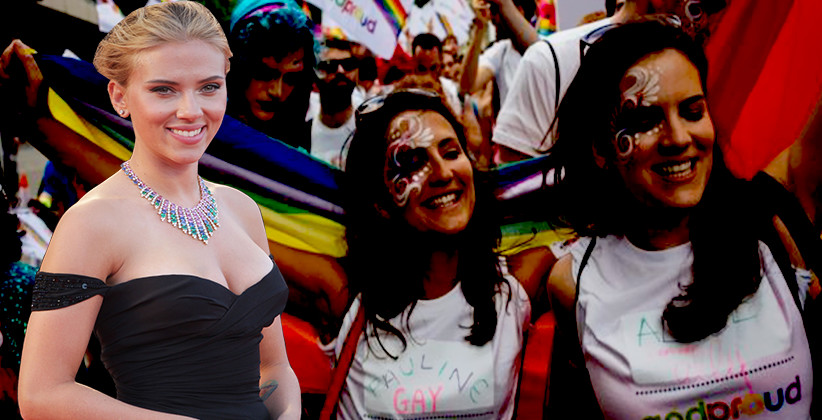 Equity, a union of LGBT+ actors in the U.K. released a set of guidelines for entertainment professionals working with LGBT+ performers urging casting authorities to cast transgender people for Cisgendered roles. The guidelines define some commonly used terms in the community like trans, safe space and transition apart from laying down a set of do’s and don’ts.

Casting Cisgendered people (whose gender identity matches with their sex assigned at birth) for transgendered roles is common while the vice versa is not, which is problematic for a community which already lacks proper representation in the film industry in the world.

The most recent example of one such debacle was the Rub & Tug movie casting tussle which took place in the U.S. Scarlett Johansson, more popularly known as the Black Widow from the Avengers’ movies, was casted to play the character of Dante ‘Tex’ Gill, a transgendered gangster who ran a prostitution kingdom in Pittsburgh in the 1970s and 1990s, in a movie called “Rub & Tug.” The movie would be directed by Rupert Sanders from the ‘Snow White and The Huntsman’ fame.

The news of Johansson playing Gill received nationwide criticism from the LGBTQ+ Community over lack of representation of its members in cinema. Trans actors in the U.S. were the first among many to raise their voice against this development and express their age-old frustration over similar issues.

Cis-gendered people often receive backlash from the community for playing LGBTQ+ roles in films, when they barely understand the nuances of gender dysphoria (a condition where a person experiences discomfort caused by a mismatch between their biological sex and gender identity) in real life. Logically speaking, their concerns do make sense and fortunately, Johansson realized this sooner than later admitting to the public that she was unaware and uneducated.

Eventually, Johansson was reported to have dropped out of the movie because of large scale criticism over the role. She claims to have learned a lot during the entire process especially after mishandling the situation and addressing concerns of the community like a tone-deaf person. It is not a good feeling, she admitted to the media.