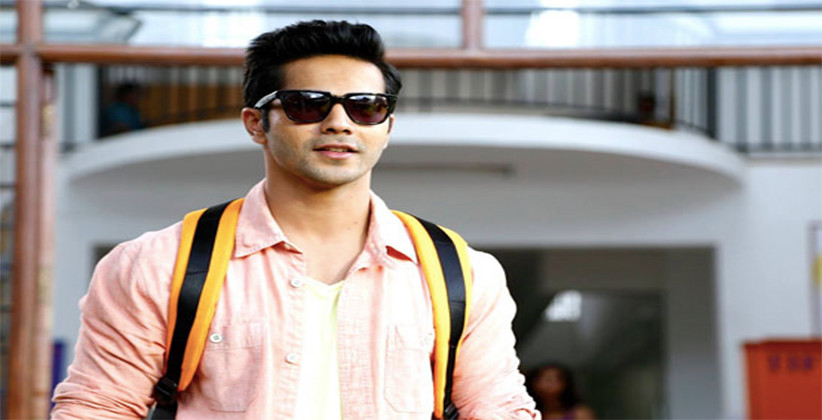 A female fan of Varun Dhawan created nuisance outside the actor’s residence and threatened to kill his girlfriend Natasha Dalal.

According to reports, the fan was waiting to meet Varun outside his house for a long time. However, she was unable to meet him as the actor was busy with his upcoming film Kalank's promotions.

When the security guards informed her about the non-availability of the actor, the fan got aggressive and kept saying, "I will kill Natasha." The guards called the police when the matter got out of the hand.

Source from Varun's security team informed a news website, "There was a female fan, who was doing the rounds of his house for a long time. We are used to such things and on most occasions, the fans are sweet and never cross their limits. Varun sir usually obliges their selfie requests, if he is available. But, he is currently pressed for time and is juggling too many things. She was waiting for a couple of hours. Sir came late and she was insisting that she meet him then and there. He was pretty tired from the day's work and wanted to rest. She refused to leave and got into a squabble. Initially, she said she will hurt herself. When the security still didn't get her through to Varun sir, she threw a fit. She kept mumbling how she will harm Natasha ma'am."

"It was alarming for us because usually, fans don't get so aggressive. We informed Varun sir, who panicked. She kept saying, 'I will kill Natasha.' After the woman refused to leave even after 45 minutes, we had to call the local police station," the source added.

A complaint has been filed at Mumbai's Santa Cruz police station. The First Information Report (FIR) will be lodged after the statement of the actor is recorded.

The offence of public nuisance is contained in Section 268 of the Indian Penal Code, 1860, as per the section a person is guilty of a public nuisance who does any act or is guilty of an illegal omission which causes any common injury, danger or annoyance to the public or to the people in general who dwell or occupy property in the vicinity.

The offence is punishable under Section 290 of the Indian Penal Code, 1860, with fine which may extend to two hundred rupees.

Case U/S 498A IPC Can Be Filed At A Place Where Wife Has Taken Shelter After Fleeing From Her Matrimonial Home Due To Cruelty: SC