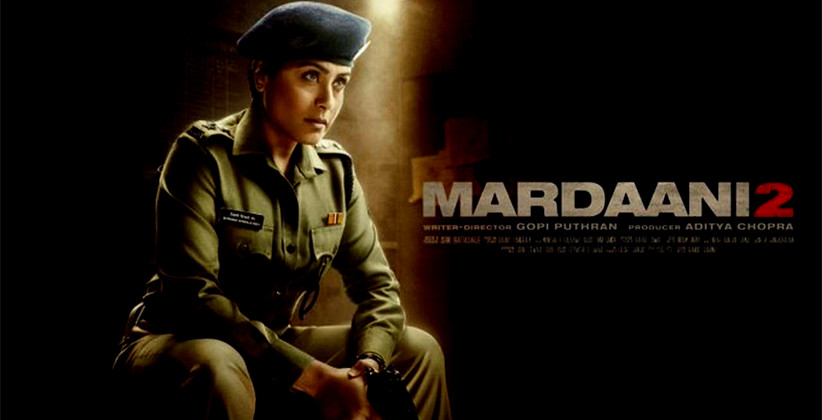 The producer of Mardaani 2 Aditya Chopra, the director Gopi Puthran and the Chairperson of the Central Board of Film Certification or CBFC, Prasoon Joshi, have received a legal notice from one Mr. Gopal Manda who is a local corporator in Kota asking them to remove the name of his city from the film alleging that the film maligns the reputation of Kota.

The film has been in controversy since the release of its trailer on YouTube on November 13, 2019, which is set to premiere in theatres from December 13, 2019. It portrays the return of Rani Mukherjee as the lionhearted police inspector Shivani Shivaji Roy who sets out on a journey to apprehend a serial rapist and murderer on the loose in the streets of Kota. The trailer of the film reveals that the film has been inspired by true events.

The legal notice alleges that there was no such serial killer ever known to be at large in the city of Kota yet the film claims to be inspired by real life. Kota serves as a home to more than 2.5 million students every year who swarm the city to study at the best coaching centres in the country that the city has to offer.

The legal notice claims that releasing a movie about a serial killer on the loose in the city might deter parents from sending their kids to study in the city based on false information; it’s simply bad for business.

Rani Mukherjee, the lead actress in the film was reported clarifying that the film only uses Kota as a setting or a place where the story is set.

The legal notice warns that legal action would be initiated in high courts, release and screening of the film would be blocked nationwide unless Kota’s name is removed and the film is edited to accommodate the wishes of the people of Kota who have come out on the streets protesting to defend the name and reputation of their city, which is clearly at stake.