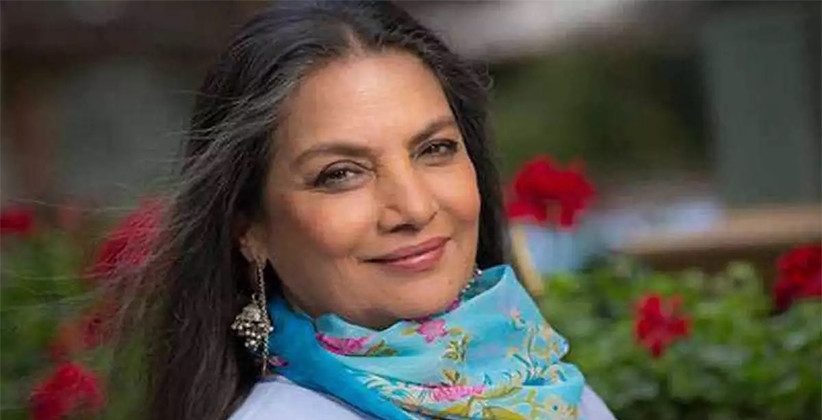 Veteran actor Shabana Azmi was seriously injured on January 18, 2020 in a car accident on Mumbai-Pune Expressway while she was returning from Pune to Mumbai when her car rammed into a truck. On January 19, 2020 an FIR has been registered by the truck driver against the actor’s driver for rash driving.

According to Khalapur Police the incident occurred around 4 pm while the police also said that her husband and writer Javed Akhtar was involved in another car accident but remained unhurt. Shabana was initially admitted to the MGM hospital but was later shifted to the Kokilaben Dhirubhai Ambani Hospital in Mumbai.

The FIR copy read as follows “Due to the rash driving by the car’s driver the car hit the moving truck on Mumbai-Pune Expressway which resulted in the accident”.

Inspector Vishwajeet Kaigade of Khalapur police station said, “The driver tried to overtake a truck in front from the wrong side, using the lane on the far left next to the shoulder, and ended up ramming into the truck”. Dr Santosh Shetty, the CEO and Executive Director of Kokilaben Dhirubhai Ambani Hospital said, “She is stable and under observation”.

The police have detained the driver and identified him as Amalesh Kumar and the truck driver for inquiries. The Superintendent of Police said that the prima facie evidence shows that the actor’s driver was at fault and action will be taken acoordingly. Meanwhile there were many celebrities who tweeted for her quick recovery. Prime Minister Narendra Modi tweeted “The news of @AzmiShabana Ji’s injury in an accident is distressing. I pray for her quick recovery.”

Shabana Azmi is one of the finest actresses in Indian cinema. She has done fims like Arth, Khandar, Paar, Godmother and many more. She has also acted in numerous television series and plays. She has won five National Film Awards and was honoured with the Padma Shri in 1988. Besides being an impeccable actor she is also a social activist. Her upcoming project is Sheer Qorma.