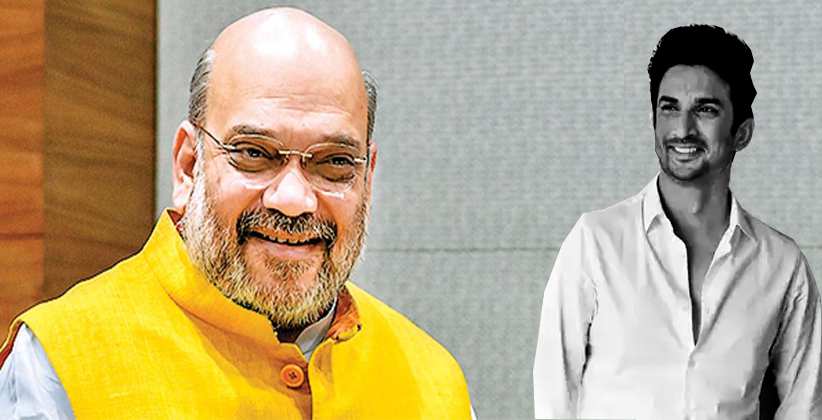 Actor Sushant Singh Rajput committed suicide on 14th June 2020. Since then several politicians, his fans, colleagues, and friends have wanted CBI to investigate the matter.

Since CBI doesn’t come under the MHA and falls under the Department of Personnel and Training, Shah forwarded the said letter to the concerned authority. Yadav also shared the picture of Shah's response to his letter stating that the Home Ministry had received the letter and that the concerned ministry will further look into it.

The late actor’s girlfriend Rhea Chakraborty also took to twitter and requested the Home Minister for a CBI probe in the matter. Her tweet read: “Respected @AmitShah sir, I am Sushant Singh Rajput’s girlfriend Rhea Chakraborty, it is now over a month since his sudden demise I have complete faith in the government, however in the interest of justice, I request you with folded hands to initiate a CBI inquiry into this matter.”

Earlier, actor Shekhar Suman had started a forum to pressurize the government into initiating CBI inquiry into the actor’s untimely death and also slammed the film fraternity for being tight-lipped on the matter.

Mumbai police are currently investigating the case and have interrogated around 30 people until now.

Information on Hospital Beds to be Published by the Government in Kannada Along with English: Karnataka HC