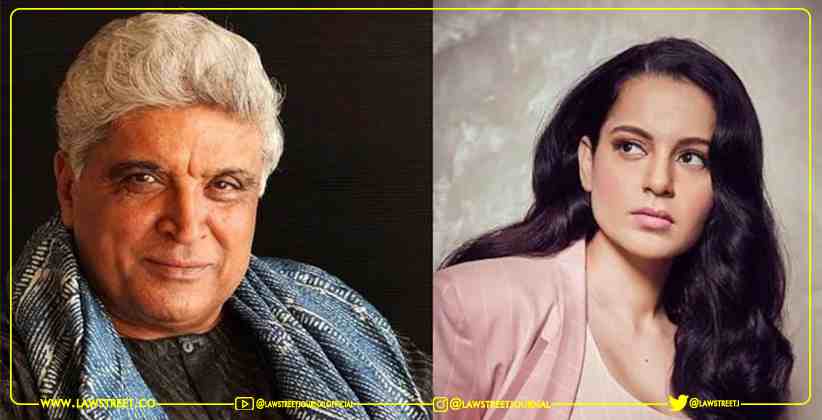 The Mumbai Sessions Court will pronounce its verdict today i.e. on March 9th 2022, in the applications filed by actress Kangana Ranaut seeking transfer of cases involving Bollywood lyricist Javed Akhtar from the Andheri Magistrate Court to another Magistrate.

On 3rd November 2020, Javed Akhtar had filed the complaint in the Andheri Court last year, claiming that Kangana Ranaut had made defamatory statements against him in a television interview, which allegedly damaged his reputation.

The legal tussle between Akhtar and Ranaut has been going on since November 2020, after Javed Akhtar had filed the complaint in the Andheri Court claiming that Kangana Ranaut had made defamatory statements against him in a television interview, which allegedly damaged his reputation.

Ranaut had made certain remarks against Akhtar on an interview aired on Republic TV triggering the complaint.

Since then, there has been a cross complaint, revisions and applications filed by Ranaut in many criminal courts across Mumbai. She also moved a counter complaint in the Andheri court against Javed Akhtar for alleged "extortion and criminal intimidation" before the metropolitan magistrate court.

On 24th January 2022 Kangana Ranaut invoked the exclusive jurisdiction of the Sessions Court under Section 408 of the CrPC, seeking a transfer of proceedings being held before Magistrate Khan to any other magistrate.

Akhtar has filed his response to this application and hearing on arguments, the application has been reserved for orders by Additional Sessions Judge SM Bhosale.

Ranaut also filed a second application before the Sessions Court under Section 408 seeking directions to transfer her cross complaint which is to be heard by Magistrate Khan, to any other Magistrate.