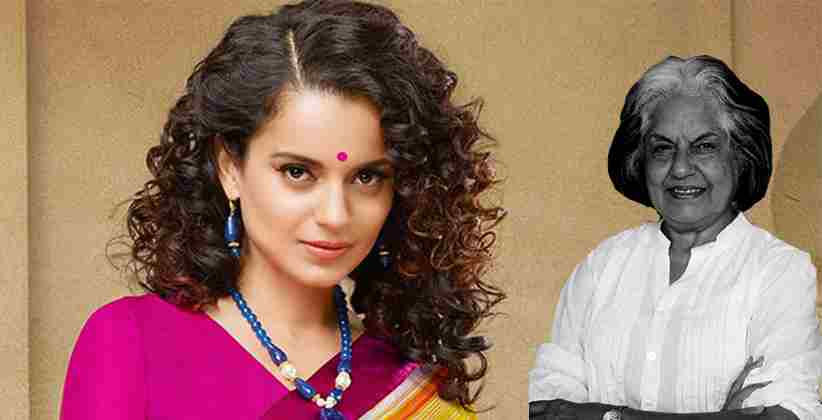 Kangana ranaut was on a busy schedule promoting her upcoming project ‘Panga’. In one of the promotional events on January 23, 2020 she was asked about the on-going case of the Nirbhaya convicts. As a result she did not back off in giving her opinion about the case and even remarked that Senior Advocate Indira Jaising should be put in jail along with Nirbhaya’s rapists.

Kangana Ranaut is known to express her opinion on social issues fearlessly. In this present matter the whole nation reacted in a similar way. It is pathetic to know that an advocate is advocating to protect the monstrous convicts. On January 7, 2020 the execution date for the rapists was set to be on January 22, 2020 at 7 A.M.  After the verdict was pronounced Senior Advocate Indira Jaising stated that Nirbhaya’s mother should forgive the murderers of Nirbhaya like Sonia Gandhi forgave her husband’s killer. The lawyer took to twitter and posted“While I fully identify with the pain of Asha Devi, I urge her to follow the example of Sonia Gandhi who forgave Nalini and said she didn’t not want the death penalty for her. We are with you but against the death penalty.”

Reacting to the above statement the actress said, "A person who has committed such a gruesome crime should not be considered a minor. He should be hanged publicly to set an example. Nirbhaya's parents are fighting this battle for a long time. Killing the convict quietly will be of no use as you won't be able to set an example,” and further added, “That woman (Indira Jaising) should also be locked in a jail with them for four days. How can women actually pity these murderers? These women who feel sympathy and love for such monsters, are the ones who give birth to them!”

PAN not inoperative if not linked to Aadhaar till SC’s verdict: Guj HC