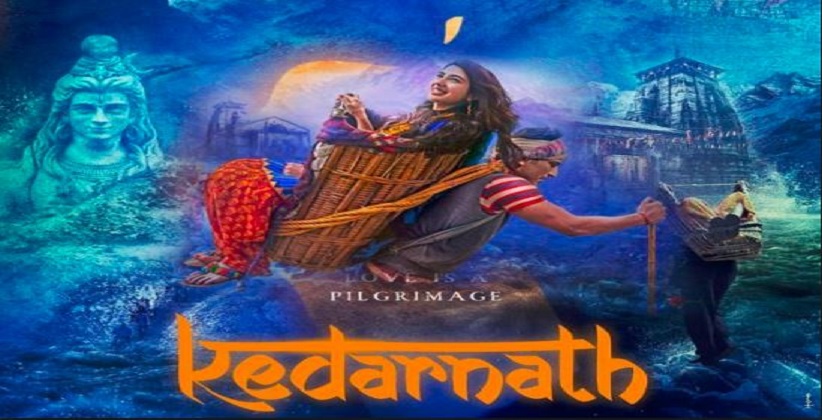 The Bombay High Court on December 6, 2018, dismissed a petition filed against upcoming movie Kedarnath seeking a direction to stay the release of the movie.

The petitioner questioning the setting up of a love story on a holy site like Kedarnath, also sought that the CBFC reassess the story of the film and make appropriate cuts wherever necessary.

The Division Bench comprising of Chief Justice Naresh Patil and Justice M.S. Karnik heard the petition which according to the petitioner would encourage Love Jihad and hurt religious sentiments.

However, the Bench dismissed the petition stating that since the film is based in Kedarnath, it will shot at the same place only.

Advocate Prasad Dakhepkhalkar appearing on behalf of Kedarnath producer argued, "If a movie is based in Madurai, then Madurai temple will be shown in the film. And the same goes for Kedarnath."

"In 2012 film Oh My God, a case was filed against Lord Krishna. In 2014 film PK, the god man was shown, to which some people took objection. UP government banned Saif Ali Khan and Deepika Padukone 2011 film Aarakshan. But Supreme Court sternly objected to it and said that once CBFC gives a green signal to a film, courts should not intervene,” Dakhepkhalkar added.

Advocate Advait Sethna appearing on behalf of the Central Board of Film Certification told the court, "The entire film has been minutely examined and where ever there were excesses, the modifications were suggested. It was only after they made those cuts that the U/A certificate has been issued."

Further, Dakhepkhalkar reiterating that the film has no intention of hurting religious sentiments said that "2000 screens are blocked for the film. More than Rs 63 crore have been spent on this film. The film has been given U/A certificate after 8 cuts. They asked us to put a disclaimer that it is a fictitious film and that there is no disrespect to the God. The film is shot in Gauri Kund where the protagonists stay. The main character, Mansoor (Sushant Singh Rajput), is a porter who takes people to the temple. The girl is a Hindu and there is a typical villain. This is not for the first time that such an angle is being shown in a film. 99 per cent of films are based on love stories. The 2013 floods have been shown using cinematographic liberty."

Petitioner pointed out that trailer was launched online much before the film was even sent for certification. Sethna pointed out to the court that the trailer launched online does not come under the preview of the cinematography act. At this, the Chief Justice remarked, "Some authorities should govern this. There should be some laws for this."