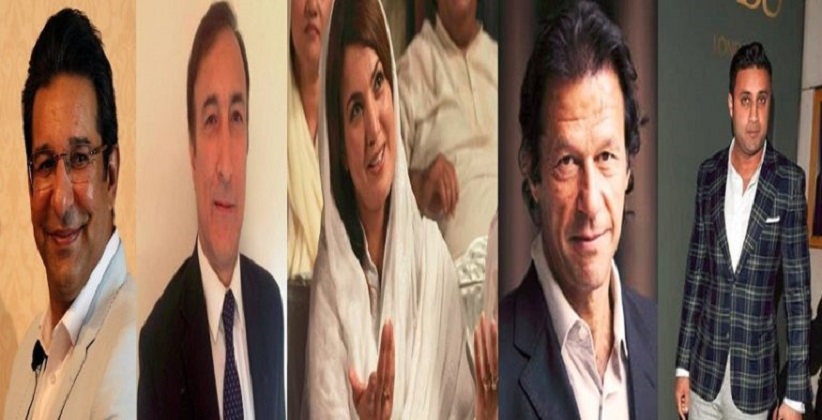 Reham Khan, ex-wife of former cricketer and Pakistan Tehreek-i-Insaf (PTI) chief Imran Khan, has been served with a legal notice after she made sensational disclosures about their sex lives in her upcoming book.

The upcoming book 'Reham Khan', reportedly includes details of her interactions with various celebrities and her marriage with Imran Khan which ended in divorce 15 months later.

The notice issued by  West London law firm to Reham on May 30, on behalf of Dr Rehman, Akram, Bukhari and Khawaja, claiming that the manuscript of her upcoming autobiography contains a “litany of malicious, false, incorrect, prejudicial, damaging, highly misleading, callous, wanton, tortuous, libelous and defamatory” imputations against its clients.

At pages 402 and 572 of the leaked online content of the book, Reham accused Akram of using his late wife to carry out his sexual fantasies by arranging a black man have sex with her while he watched. And On page 464 of the book, Bukhari, Imran Khan’s London-based top aide, has been accused of doing dirty work for Khan. She alleged that Bukhari had arranged an abortion for a young woman in London impregnated by Imran Khan.

The notice provides Reham with 14 days to meet various conditions to avoid further action. She has been asked not to publish the manuscript in its current form, and to remove the defamatory passages and give in writing that the allegations in the manuscript are false and will not be repeated in the published book.