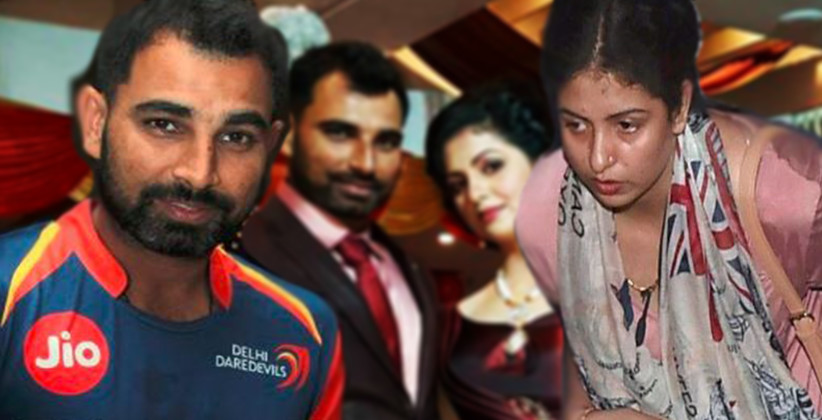 According to police sources, Haseen Jahan was arrested on charges of apprehension of breach of peace after she 'forcibly' entered into Shami's house at his ancestral village of Sahaspur Ali Nagar in the district late at night and locked herself in a room.

Shami's family members objected to her entry and contacted police to evict her from the house. After bringing her out of the house, the police took her to the local police station.

"Haseen Jahan was taken into custody after she refused to leave the village... she created a ruckus there," said a senior police official in Amroha.

On April 29, 2019, she was produced before a local court which released her on bail.

Jahan, however, alleged that she was "dragged" out of the bed late in the night by male cops and forced into the police van.

“I was sleeping in my room at my in-law’s place when cops forced entry in my room and dragged me out. The cops also pulled my infant daughter from the bed and took her along. We were first taken to the police station and then were sent to a hospital under police siege. I was not allowed to speak to my lawyer or relatives for a long time. We were not offered any food or water and more than 10 hours later I was granted bail,” said Jahan talking to TOI.

A resident of Jadavpur in Kolkata, Jahan said she reached the in-law’s place around 7pm to claim some of her jewellery, clothes and furniture that she and Shami had bought together. “I had the keys and entered my room. My in-laws started shouting at me and even called the cops. I told them that this section of the house was built by Shami and as his legally wed wife I had the right to stay there. Then a little after midnight, cops banged at the door and entered my room and forcibly took me with them. I was in my night gown and requested them to let me change. When I tried to contact my lawyer, they snatched my phone,” said Jahan.

Shami and Haseen Jahan had been embroiled in a marital dispute since March last year after Jahan accused him of domestic abuse and infidelity, the matter is pending in the court.

Last month, the Kolkata Police had filed a chargesheet against Shami, charging him under Section 498A of the Indian Penal Code, 1860, but relieving him of other stringent charges including attempt to murder.