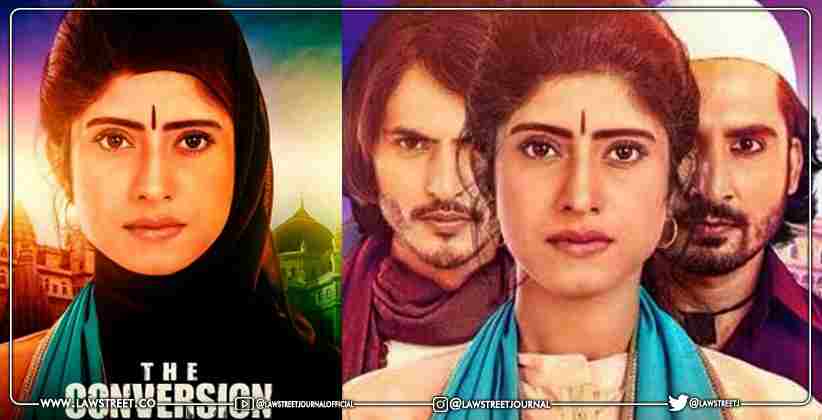 The Delhi High Court refused to stay the release of the film 'The Conversion,' which had been challenged for allegedly displaying communally charged content and having the potential to incite hatred among religious communities.

"Someone can be provoked by anything, even if no one says anything. Some people, on the other hand, are never provoked and are always cool and calm."

The Bench noted that the petition was preferred solely on the basis of the trailer, with no regard for the film's overall context.

It went on to say that notice could not be issued based on "one man's provocation," and it directed the Ministry of Information and Broadcasting to rule on the Petitioner's representation as soon as possible.

"This petition has been filed on the basis of a trailer for the film 'The Conversion,' " the order stated. The Petitioner's counsel stated that he submitted a representation to the Ministry of Information and Broadcasting on August 31, 2021, and that this representation has yet to be decided by the relevant Respondent authority.

We hereby direct the concerned authority to decide the representation as expeditiously as possible and practicable in accordance with the law, rules, regulations, and government policies applicable to the facts of the case and on the basis of the evidence on record, keeping in mind the Petitioner's allegation that the film will be released on YouTube and other platforms on October 8th."

The petition was filed by the All India Practising Lawyers Council through advocates Adil Sharfuddin and Ubaid UI Hasan, who claimed that the movie's trailer depicts biassed and communal content and that the film has the potential to cause communal polarisation in the run-up to the Uttar Pradesh elections.

"The trailer for the film suggests that the film's content is fabricated, communally biassed, far from the truth, and portrays one section of society or a specific community as cruel, while also propagating the idea of Love Jihad. The aforementioned idea and word are a misnomer that discriminates and divides one segment of society based on religion ,"the plea further noted.