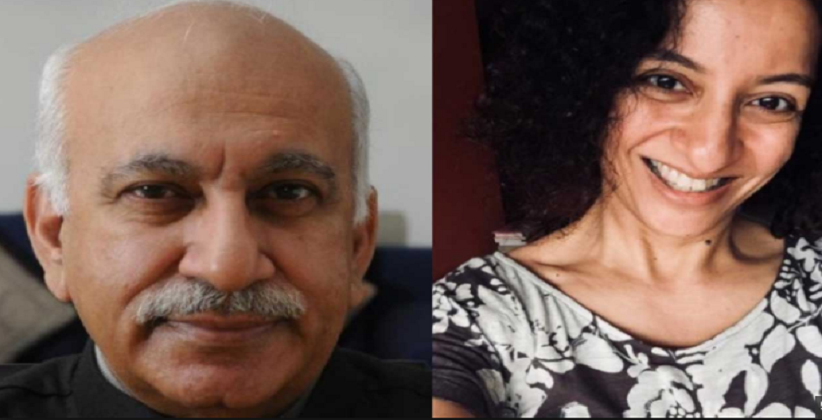 This came a day after he denied all the allegations levelled against him by more than a dozen women journalist, accusing him of sexual harassment when he was their editor.

The complaint that has been filed in the court of Chief Metropolitan Magistrate Deepak Sherawat at the Patiala House courts in Delhi has sought Ms. Ramani’s prosecution for “wilfully, deliberately, intentionally and maliciously defaming” the minister.

Mr. Akbar cited an open letter by Ms. Ramani published in Vogue magazine last October and her tweets naming him. He sought her prosecution under Section 499 (Defamation) and punishable under Section 500 of the Indian Penal Code, 1860. The offence attracts a simple imprisonment of two years or fine or both.

Responding to the complaint, Ms. Ramani said rather than engaging with the women who had made serious allegations against him, the Minister was trying to silence them through intimidation. Stating that Mr. Akbar’s statement ignored the fear and trauma of the survivors, she said that she would fight the case. “Truth and the absolute truth is my only defence,” she said.

Around 14 women including Ms. Ramani have spoken out publically against Mr. Akbar, alleging that he had behaved inappropriately with them and others in the past few decades at publications he edited, including the Sunday magazine, The Telegraph and The Asian Age newspapers. However, it was not clear why Mr. Akbar had chosen to prosecute only Ms. Ramani and not the 13 others.

Among those who have accused him are several senior journalists and two editorial interns who were teenagers when Mr. Akbar made advances against them.

In his complaint, Mr. Akbar said that “the accused [Ms. Ramani], while putting forward defamatory statements relating to incidents which allegedly occurred 20 years ago, simultaneously admits that the complainant has not done anything to her.”

“It is pertinent to mention that the conduct of the accused person, of taking any action before any authority, qua the alleged incidents against the complainant also clearly belies the sanctity of the article and allegations made by the accused person, which evidently goes on to prove that the said defamatory articles are only a figment of her imagination and are only intended to malign the reputation of the country,” the complaint said.

On October 14, 2018, Mr. Akbar had also claimed that he was the victim of a political conspiracy ahead of general elections, a charge which Ms. Ramani and the other accusers have denied.

The Chief Metropolitan Magistrate is likely to take up the complaint in the next few days, beginning with the recording of Mr. Akbar’s evidence before summoning Ms. Ramani.