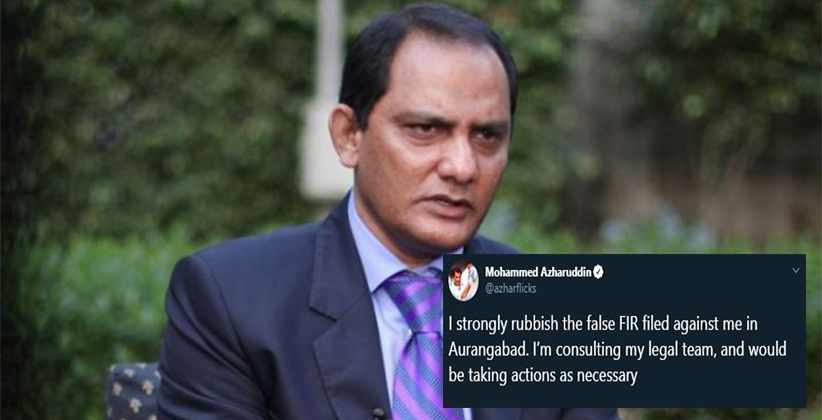 An FIR under sections 420 (cheating), 406 (criminal breach of trust) and 34 (common intention) of Indian Penal Code, 1860 has been registered against FormerIndian Cricket Team Captain Mohammad Azhruddin and two others (Mujeeb Khan and Sudheesh Avikkal) for duping a travel agent off Rs. 20.96 lakhs.

"We are investigating the matter. If the payment is made in court, they will get immediate relief or else the trio will be arrested," Investigating Officer PSI Amarnath D Nagre confirmed.

The complainant is the owner of Danish Tours and Travels Agency in Aurangabad, Maharashtra. The complainant alleged that he booked several international flight tickets for the trio worth Rs. 20.96 lakhs in November, 2019, on the request of Azhruddin’s personal assistant Mujib Khan, the police official said.

“I was assured payment for the trip. I received an email from director@kiriasports.com later, saying 50 per cent payment ie 13,500 euros equivalent to Rs 10.50 lakh was transferred from the Croatian National Bank for these tickets to my account. But actually no such amount was credited to my account”, said the Complainant.

Dismissing the allegations levelled against him, Azharuddin said he is consulting his legal team to take further steps. He also said he would file a Rs. 100 crore defamation case against the complainant.