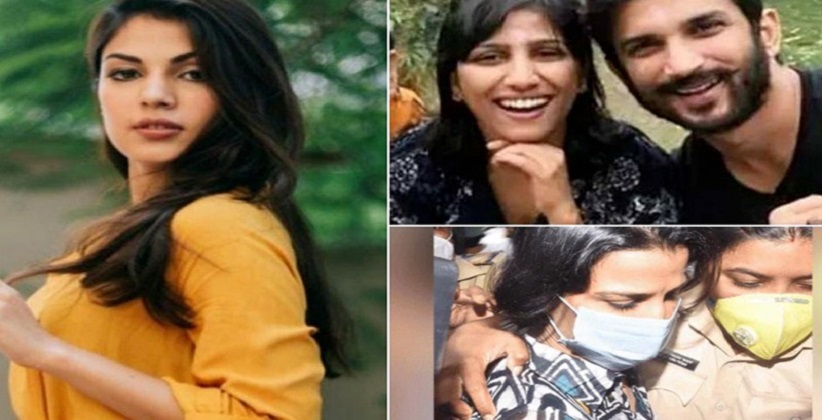 The Mumbai Police have registered a FIR against actor Sushant Singh Rajput's sisters Priyanka Singh and Meetu Singh for cheating, forgery & abetment of suicide in the Bollywood actor’s death case.

The FIR, based on a complaint filed by actress Rhea Chakraborty, states that the accused “hatched a conspiracy and obtained false prescription on the letterhead of a government hospital for a banned medicine which is annexed under the NDPS Act and administered the same without supervising doses and quantity which may result in a chronic anxiety attack and which resulted in the commission of suicide.”

Police inspector Pramod Kumbhar at the Bandra Police Station registered an FIR against the two sisters and Dr. Tarun Kumar, a cardiology professor from Dr. Ram Manohar Lohia Hospital, New Delhi. They have been booked under Sections 420 (cheating and dishonestly inducing delivery of property), 464 (making a false document), 465 (punishment for forgery), 466 (forgery of record of Court or of public register, etc.), 468 (forgery for purpose of cheating), 474 (having possession of document), 306 (abetment of suicide) and 120B (criminal conspiracy) of the Indian Penal Code.

In her seven-page complaint, the actress while stating that the late actor, suffering from bipolar disorder, was careless towards his treatment alleged that some WhatsApp chats between Sushant and Priyanka advising him for proper medication was “extremely disturbing and disclose the commission of various offenses”. She said that “On June 8, 2020, Sushant showed her text messages exchanged with his sister Ms. Singh and she was shocked to read that Ms. Singh had sent him a list of medications to take”. Priyanka advised Sushant to take various medications controlled under the Narcotics Drugs and Psychotropic Substances Act (NDPS Act), Rhea added in her complaint.

“It seems that as per my discussion with the deceased at the time, he had informed his sister that he would not be able to obtain the said medication without a prescription… Shockingly it has not come to light that his sister Priyanka had subsequently, on the same day, sent him a prescription by one Dr. Tarun Kumar, associate professor of cardiology from Dr. Ram Manohar Lohia hospital in New Delhi,” the complaint read.

However, as per the orders of the Hon’ble Supreme Court, the case has been transferred to the Central Bureau of Investigation (CBI) for further investigation.

In response to the allegations, Sushant’s family lawyer Vikas Singh while challenging the legality of the complaint said that the actor’s family will tale serious action against it. He further said, “I have been shown the FIR. The first thought which comes to my mind is that Bandra police station is her (Chakraborty) second home. The FIR lodged by the police is completely illegal and contempt of the orders of the Supreme Court”.