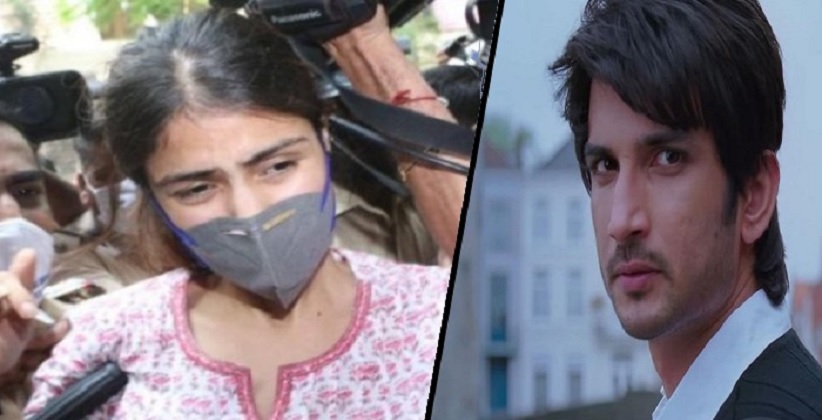 According to the report, after few minutes Rhea Chakraborty has been arrested by the NCB on Tuesday (September 8, 2020), her legal team headed by senior advocate Satish Manshinde slammed central agencies for "hounding" a lone woman "just because she was in love with a drug addict".

The NCB also had arrested Rhea's brother, Showik, earlier and a house-help of Rajput.

Rhea had been arrested after a tough three-days of grilling to unravel the drugs nexus in the film industry, according to the official sources.

The Advocate of the actress Adv. Manshinde said that the Bandra FIR has been transferred to CBI as per the order of the Supreme Court.

He said that CBI will investigate if the doctor is criminally culpable or otherwise.

She has been charged under various sections of the NDPS Act for her alleged role in drug abuse.

She has been taken for a medical test and is likely to be produced before a magistrate through videoconferencing.