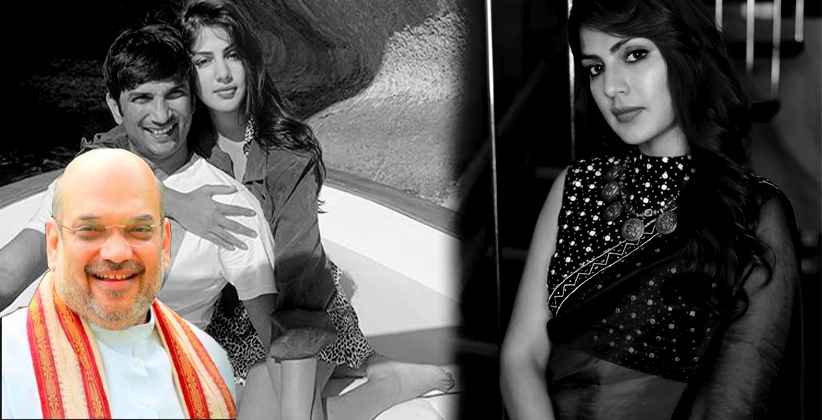 Actor Rhea Chakraborty posted messages on Twitter and Instagram calling for Home Minister Amit Shah 's help in launching a CBI investigation into actor Sushant Singh Rajput 's death. The actor died on 14th June 2020, at the age of 34, by suicide. In the messages, Rhea described herself as the girlfriend of Sushant.

While fans of the late actor have been demanding a CBI inquiry for weeks now, this is Rhea's first time to speak about it. The actor also acknowledged her romantic relationship with Sushant in her social media posts, something she had long been hesitant about.

Rhea also posted a screenshot of a threat involving rape she had received earlier and asked police to investigate. Rhea posted the image on Instagram, a day after she broke her silence about the death of Sushant. “I was called a gold digger ..I kept quiet. I was called a murderer...I kept quiet. I was slut-shamed ....I kept quiet. But how does my silence give you the right to tell me that you will get me RAPED and MURDERED if I don’t commit suicide @mannu_raaut ?” she wrote in her caption.

Rhea opened up about him in an Instagram post on Sushant's one-month death anniversary on 14th July 2020, remembering him as someone who made her believe in love.

“You are the one who made me believe in love, the power of it. You taught me how a simple mathematical equation can decipher the meaning of life and I promise you that I learned from you every day. I will never come to terms with you not being here anymore,” read an excerpt from her long, moving note.