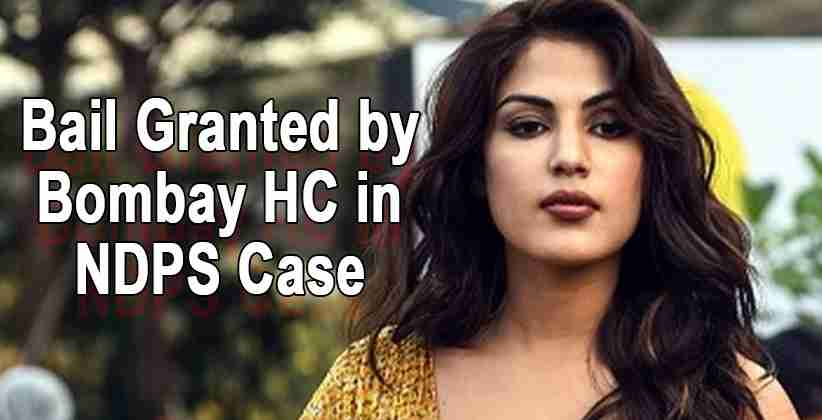 Bollywood actress Rhea Chakraborty was in the Byculla Jail of Mumbai since September 9th, 2020 after being arrested in the drugs case relating to the demise of alleged boyfriend Sushant Singh Rajput. The Actress was granted bail by the Bombay High Court today, i.e. October 7th, 2020. She was arrested and kept in jail by the Narcotics Control Bureau for the past one month. Her brother, Showik Chakraborty was also arrested in the same case for the procurement of narcotic substances under various sections of the Narcotic Drugs and Psychotropic Substances (NDPS) Act, 1985.

After being sent to the Byculla Jail on September 9th, 2020, she was informed yesterday, i.e. October 6th, 2020 that her judicial custody has been extended till October 20th, 2020.

The NCB had actively advocated against the bail application of the Chakraborty brothers and even claimed that they were “active members of a drug syndicate that was connected with high society personalities and drug suppliers” and that they “abetted and financed drug transactions”.

ASG Anil Singh insisted in the last hearing that despite the applicants claiming connection with the Sushant Singh Rajput case, this was a mere case of a “drug syndicate where there were regular links and purchasing”

After almost a month of staying in the Byculla prison, Chakraborty has been finally granted bail.