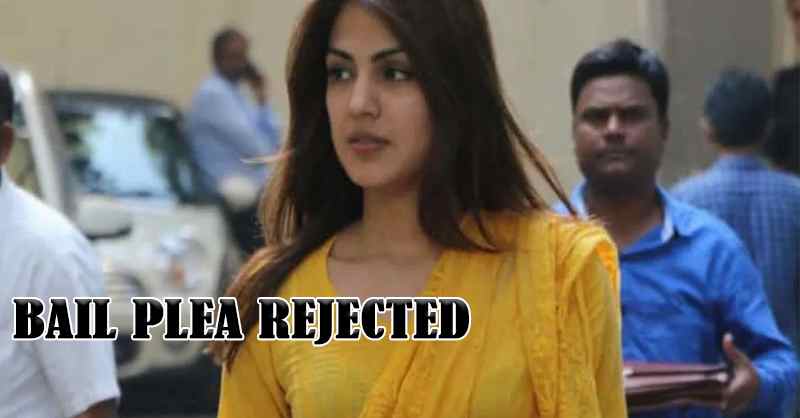 Recently, Bollywood actress Rhea Chakraborty has been heavily linked and accused in her deceased alleged boyfriend, Sushant Singh Rajput’s sudden demise. The most recent charge on the Bombay based actress is her involvement in the consumption and procurement of drugs. Chakraborty was arrested on Monday, i.e. September 7th, 2020 for the charges of purchasing a narcotic substance for the recently deceased actor, SSR.

According to Section 20B, Section 27A, Section 28, and Section 29 of the Narcotic Drugs and Psychotropic Substances Act 1985, she could be imprisoned for up to 10 years if proven guilty.

The actor also said her life is at risk in judicial custody as she received rape and death threats and that three investigations have "taken a severe toll on her mental health and well-being".”

On Thursday (September 10, 2020), the Special Court headed by Special judge Hon’ble Justice G B Gurao reserved the orders in the Bail application that were filed for the actress Rhea Chakraborty and her brother Showik. The Narcotics Control Bureau had registered the case against the Chakraborty siblings in accordance with the NDPS Act. In furtherance of its order, the Court has also rejected other applications that were filed by the accused.

In retortion, Rhea pleaded that she was being framed and continued to make severe allegations to the Narcotics Control Bureau. On September 6,7, and she was questioned for more than 8 hours continually by the NCB. In her bail request, she made a statement of being coerced into confessions that were self-incriminatory. She went ahead to retract these confessions.

She has also alleged that the questioning was done by several male officers. The application filed by the accused contends that there was not a single lady officer while the questioning took place. This is in violation of the law.

The Supreme Court had passed an order in the landmark case of Sheela Barse v State of Maharashtra. In the judgment, it was held that if any interrogation of any female will take place, it is mandatory to be carried out in the presence of female officers or constables. The application filed by Chakraborty cites the aforementioned case.

The respondents have also contended that the Bollywood actress is an active member of a drug syndicate that is actively involved in supplying narcotic substances. In furtherance of this contentions, they have also put forth the allegation that Rhea “procured drugs for her boyfriend Sushant Singh Rajput for consumption purposes” and “managed finances for procurement of drugs for Sushant Singh Rajput”

However, the respondent has not broken silence on the intricacies of these allegations by not specifying the qualities of drugs, the amount of money spent, etc. This was highlighted by the applicant’s counsel.

A very important point that is highlighted by the application submitted by Rhea Chakraborty that undue detention in judicial custody could prove to be very dangerous for her life. Since the demise of the late actor SSR, Chakraborty has received numerous death and rape threats. Thus, the applicant urged the court to dispose of the application expeditiously.