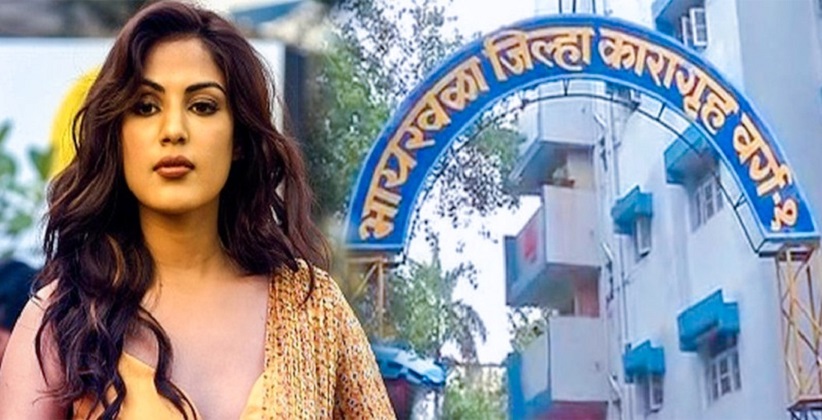 Actor-model Rhea Chakraborty was sent to the Byculla women’s jail on Wednesday (September 9, 2020). The 28-year-old actor, who was arrested by the Narcotics Control Bureau (NCB), was on Tuesday ( September 8, 2020) night remanded to judicial custody till 22 September after which she was shifted to Byculla jail from Exchange Building at Ballard Estate, the regional office of the NCB.

She was then taken to the NCB office in south Mumbai around 7:15 pm and produced before the court through videoconference. The court rejected Chakraborty's bail application. The NCB told the court that she was an "active member" of a drug syndicate and procured drugs for Rajput, her boyfriend.

However, the NCB said that as they have already questioned her for three days, therefore they did not want her custody.

On Wednesday(September 9, 2020), she stepped out of the NCB office at 10.15 am after spending the night there and was taken to the Byculla jail by the agency officials.

The agency claimed that “Rhea disclosed her involvement in the procurement of drugs for Rajput and related financial transactions and also her instructions to co-accused Sammuel Miranda, Dipesh Sawant, and Showik Chakraborty.”

"Therefore, it is clear from her statement that Rhea is an active member of the drugs syndicate connected with drug supplies.”