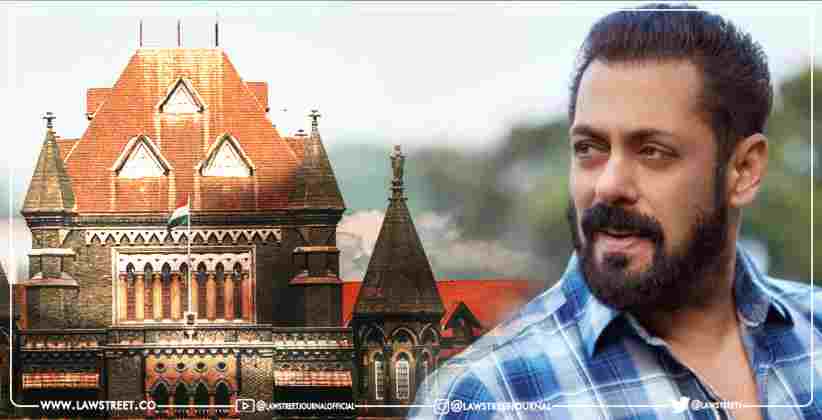 Actor Salman Khan approached Bombay High Court to challenge issue of process (Summons) by a lower court. The said summon was issued against Salman Khan in connection with an incident of alleged misbehaviour with a journalist in 2019.

A civil court had last month issued summons to Salman Khan and his bodyguard Nawaz Shaikh and directed them to appear before it on April 05.

Apparently, Mr Pandey, the journalist had alleged Actor Salman Khan for snatching his mobile phone while cycling on a Mumbai street when some media persons started clicking his photos. He then entered into an argument and threatened him, Mr Pandey alleged in his complaint.

Salman Khan's plea had been listed before the Bench of Justice Revati Mohite Dere today.

The actor in his plea has sought the High Court to quash the lower court order issuing process and has also sought for the process (summons) to be stayed by way of interim relief.

Journalist Ashok Pandey had filed a private complaint before the magistrate's court Us. 190    (1) (a) CrPC, 1973 i.e. the Power of the magistrate to take cognizance upon Private Complaint, seeking criminal action to be initiated against Salman Khan and Nawaz Shaikh. Metropolitan Magistrate RR Khan on March 23’2022  issued process to Salman Khan and Nawaz Shaikh after noting that a police report submitted in the matter stated that offences under Indian Penal Code 1860, Sections 504 (intentional insult with intent to provoke breach of peace) and 506 (criminal intimidation) are made out against the accused persons.

The magistrate's court had earlier directed the DN Nagar police here to conduct an inquiry and submit a report.

Upon consideration of the report, the court noted sufficient grounds to proceed against the accused persons.

The issuance of a process marks the beginning of criminal proceedings before a metropolitan or judicial magistrate based on a complaint lodged by an individual.

The magistrate court issues the process if it finds prima facie substance in the allegations made in the complaint. Once the process is issued, the accused persons have to appear before the court.

2-Hour Leave For Muslim Employees During Ramzan Announced By Delhi Jal Board, No Concession Given To Hindus Observing Navratri [Read Circular]