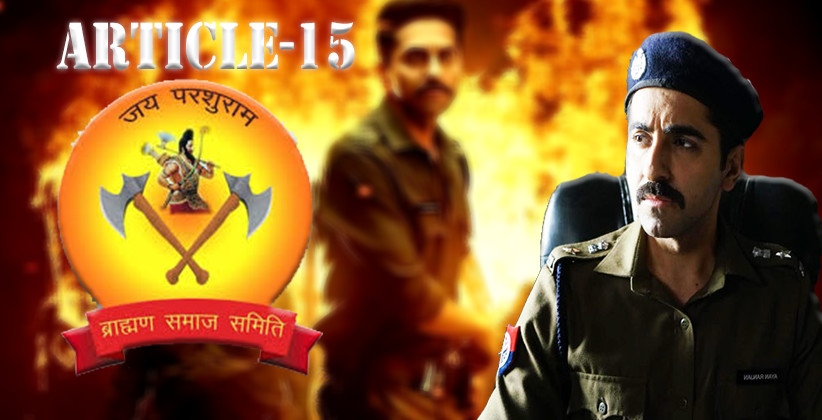 The Supreme Court on July 8, 2019, dismissed the petition filed by Brahman Samaj of India (BSOI) seeking a ban on the screening of the film 'Article 15'.

The Bench comprising of Justices S.A. Bobde and B.R. Gavai dismissing the petition stated that the petitioner can approach the 'appropriate authority' with their grievances against the name and content of the movie.

Taking objection to the title of the film, Brahman Samaj approached the apex court contending that commercial use of 'Article 15' violates Emblems and Names (Prevention of Improper Use) Act, 1950.

Allowing the use of Constitutional provisions as film titles will create misconception in the minds of people about the Constitution and should not be permitted, the petition stated.

It was also claimed that the film spreads caste hatred and portrays upper castes in bad light.

The Ayushman Khurrana starrer film was released on June 28, 2019. The film addresses the issue of atrocities against Dalits in the light of Baduan gang rape-murders of 2014 and Una floggings of 2016 which took place in Uttar Pradesh.