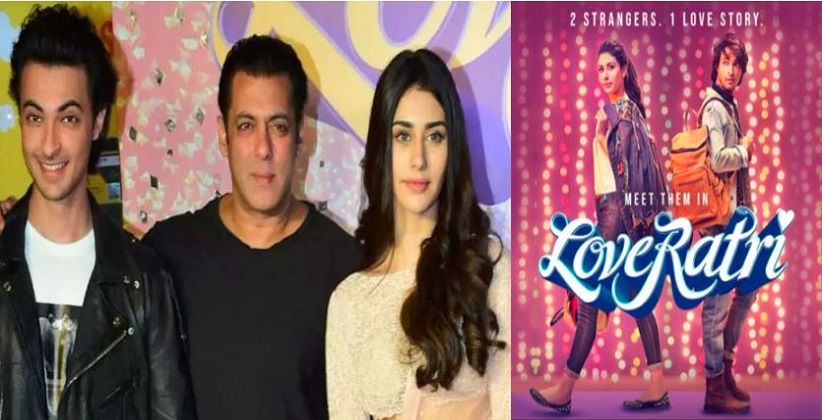 The Supreme Court on September 27, 2018, ordered that no FIR or criminal complaint be entertained against Bollywood actor Salman Khan in connection with movie ‘LoveYatri’.

The order was passed by a Bench of Chief JusticeDipak Misra and Justices AM Khanwilkar and DY Chandrachud in a petition filed by Salman Khan whose production company ‘Salman Khan Films’ has made the movie LoveYatri.

The movie was earlier titled ‘Loveratri’ but due to rising objections by the right-wing groups claiming that the movie distorts the famous Hindu festival of ‘Navratri’ and is derogatory to all women, the name was changed to ‘LoveYatri’.

In the writ petition the actor asserted that the movie has obtained certificate from the Central Board of Film Certification yet certain private complaints and FIRs under Sections 295, 198, 153, 153(B) and 120 (B) of the Indian Penal Code, 1860, have been registered against the petitioner at various places.

Advocate Nizam Pasha, appearing for the actor, submitted before the Court that once the Certificate has been granted by the Central Board of Film Certification, the producer is entitled to show the film in the theatres, and no criminal law should be set in motion because of such individual perception relating to the name or any song in the movie.

The Court taking note of the submissions made by the petitioner’s counsel ordered that no coercive action shall be taken against the petitioner relating to the movie.

Further, the Court also ordered that no FIR/Criminal Complaint/criminal proceeding shall be entertained by any investigating agency anywhere if the allegations relate to the said movie or the contents of the movie.

The Court listed the matter for hearing after four weeks.