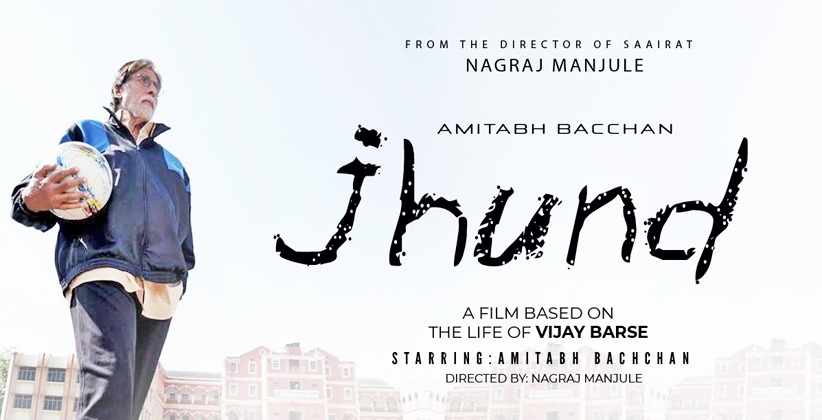 On Wednesday (November 18, 2020), the Supreme Court declined to lift the stay on the release of Amitabh Bachchan starrer 'Jhund' and denied an appeal against the order of the Telangana High Court that had delayed the screening of the film over the copyright row.

A bench of Chief Justice S A Bobde and Justices A S Bopanna and V Ramasubramanian dismissed the appeal brought against the high court's order of 19 October by petitioner Super Cassettes Industries, which refused to interfere with the order of the trial court restricting the release of the film.

"The special leave petitions are dismissed. As a sequel to the above, pending interlocutory applications, if any, stand disposed of," the bench said in its order.

The film, based on the life of the founder of the NGO Slum Soccer, Vijay Barse, is scheduled to be released on the OTT platform this month. The film was previously expected to be released in May, but it did not hit the screens due to the COVID-19 pandemic.

Nandi Chinni Kumar, a short-film producer based in Hyderabad, has claimed infringement of copyright against the filmmakers, who have denied the claim.

The apex court noted during the hearing that it was an interesting case and that it would guide the trial to be concluded within six months. The filmmaker's lawyer said that in six months the film would be worthless, and they were willing to pay the individual in question. He said the amount was negotiated between the parties, but they do not adhere to the agreement now.

Senior advocate P S Narasimha, who appeared for Kumar, and others said that within six months, the court will order the disposal of the case that is pending in the trial court.

The release of the movie was halted by a trial court in Telangana on September 17 before the completion of the case. On October 19, the High Court upheld the verdict of the trial court.

In their petition submitted to the top court, Super Cassettes claimed that they have invested considerable sums in production, distribution, marketing, and promotion and have also generated third-party rights for the film to be broadcast nationally and internationally on a wide scale.

"A cinematograph film is a perishable commodity and halting of the complex process that leads up to the release of the film at such a belated stage could prove to be fiscally ruinous for the petitioner and make the entire project financially unviable," the plea said.