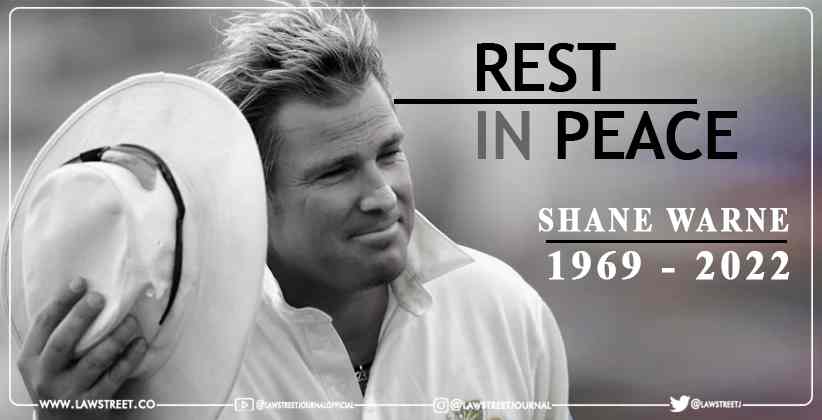 Australian cricket legend, Shane Warne has passed away at the age of 52. He is suspected to have died due to a heart attack, as reported by Fox News.

Fox said that Warne’s management had released a brief statement that he passed away in Thailand of a suspected heart attack.

“Shane was found unresponsive in his villa and despite the best efforts of medical staff, he could not be revived,” the statement said. The family requests privacy at this time and will provide further details in due course”, it added.

Widely regarded as the greatest spinner to play the sport, he had played 145 Tests and has 708 wickets in his name.

An iconic name in international cricket, Warne, since making his debut in 1992, played 145 Tests for Australia, picking up 708 wickets. He was also named as one of Wisden’s Five Cricketer’s of the century who claimed 708 Test Wickets in a 15-year career between 1992 and 2007.