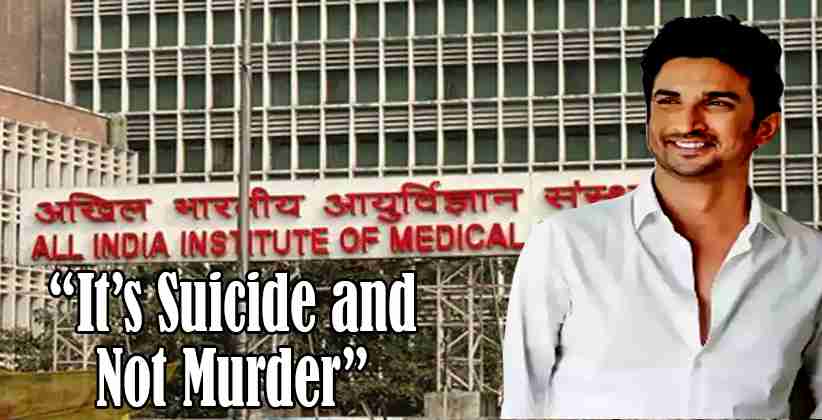 The controversial death case of Sushant Singh Rajput has now taken a back turn and landed from where it all started. As we all know CBI was assigned the authority to investigate the whole case in August, therefore CBI set up a panel of Doctors from AIIMS (All India Institute of Medical Sciences) to re-evaluate the post-mortem report of late actor Sushant Singh Rajput.

The panel was asked to submit their reports evaluating the post-mortem report and viscera reports based on the 20% viscera sample available with them to CBI.

The panel submitted the report on 29th September 2020. Dr. Sudhir Gupta, who led the AIIMS panel said that “the actor’s death was suicide and not murder.”

Lawyer for Sushant’s father, Vikas Singh, previously claimed in a conference that “AIIMS doctor told me that Sushant’s death was by strangulation.”

Dr Gupta had refuted these claims and said that “No conclusion or conclusion opinion of homicide or suicide could be made by seeing ligature marks and scene of occurrence. It’s difficult for doctors and next to impossible for general people, needed solely internal link discretion and forensic interpretation.”