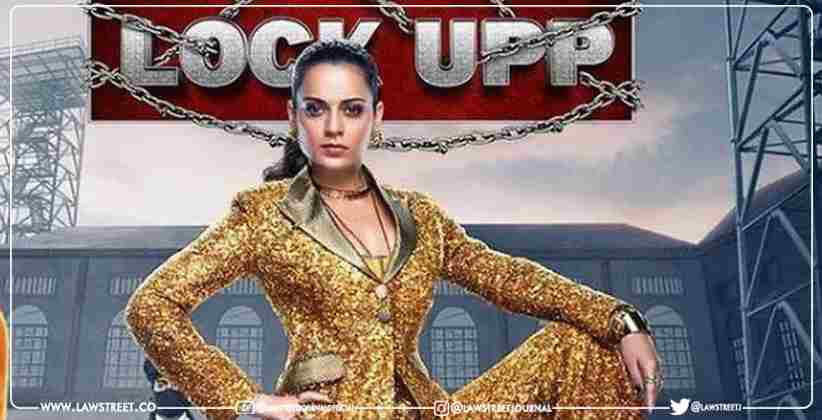 The Telangana High Court recently set aside the ad-interim injunction granted by the trial Court against releasing, exhibiting and publishing the series “lock upp” reality show hosted by Kangana Ranaut.  As makers spent huge amounts of money this month for marketing and the public was aware of the release of the reality show on 27.02.2022, the balance of convenience lay in the favour of makers of the show.

BRIEF FACTS OF THE CASE

The suit was filed by Price media proprietary firm for declaration and permanent injunction under Section 62 of the Copyrights Act in which it was stated that they registered the script of the show way back in 2018 and could not produce it due to the covid 19 pandemic. When they geared up to mobilize production, they came to know about the release of 'Lockupp reality show' and on seeing the promo, they found that it had totally copied the concept of 'The Jail'. They infringed the Copyright of the plaintiff and therefore were liable for consequences under Sections 51 and 52 of the Copyrights Act 1957.

The suit was filed along with an application for ad-interim injunction against the defendants from releasing, exhibiting, publishing the series in the name of 'Lockupp reality show' in theatres, Over the Top (OTT) platforms, YouTube and other electronic social media.

CONTENTION ON BOTH SIDES

Alt Digital Media Entertainment which is the Appellant herein,  filed this appeal contending that the impugned ad interim injunction order was passed without recording the reasons and without serving a notice to them and depriving an opportunity of being heard and was in violation of Order 39 Rule 3 Civil Procedure Code 1908.

(b) to file, on the day on which such injunction is granted or on the day immediately following that day, an affidavit stating that the copies aforesaid have been so delivered or sent.

The counsel for Respondent contended that the trial court had gone through the video clippings of the trailer of 'Lockupp reality show' and the concept of the story of "the Jail" appeared similar. Furthermore, the aggrieved party was entitled to file vacate stay petition before the trial Court and he ought not to have invoked the jurisdiction of the High Court.

Justice P. Sree Sudha noted that no doubt the concept of 'The Jail' and the concept of 'Lockupp reality show' were registered by both parties and both spent huge amounts. However, 'The Jail' could not be produced due to lockdown, but the team of reality show of 'Lockupp ‘has already produced and also spent huge amounts on marketing in the month of February, 2022 and intended to live stream the show on 27.02.2022.

Thus, the ad-interim injunction granted by the trial court regarding the releasing, exhibiting and publishing the series, was set aside and the Civil Miscellaneous appeal was allowed accordingly.

“We just cant have the society like this”, SC in Bengaluru Riots related hearing