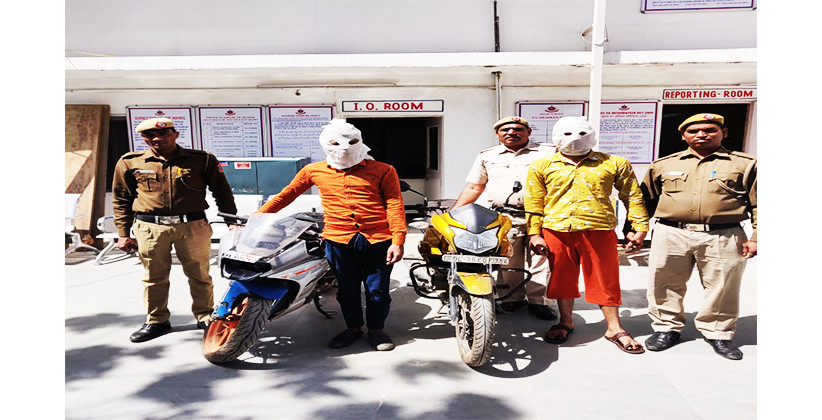 The police arrested 3 boys during checking and recovered from them two bikes, one country made pistol with a live cartridge.

The accused have been identified as Azhar Ali 18 years, Amir Raja 19 years. The police claim to have worked out 4 cases.

During regular checking, three persons were seen riding a motorcycle Honda CB Twister No. DL 3SCQ 0794 and were coming from the Jamia Nagar side. The police team flagged them down, instead of slowing down they tried to speed up the bike. However, the alert picket staff nabbed them.

They failed to produce any document when asked. They even tried to flee the spot on the pretext of bringing documents of the bike from their home but the police staff apprehended them.

During sustained interrogation, they confessed saying that they all used to steal bikes for the purpose of snatching and joyride. Accused Amir Raja procured a firearm from another criminal Sohail Yameen and he used to threaten people in case of retaliation. At their instance, one more motorcycle Bajaj KTM number DL 6SN 2745 stolen from the area of PS Chandni Mahal vide e-FIR No. 007857/19 under Section 379 IPC and snatched mobile phone has been recovered. "The accused school drop-outs, addicted to smoking, drinking and a lavish life style would meet their needs and make a fast buck by snatching mobile phones and lifting bikes. They would use these stolen bikes for committing crimes. They would snatch expensive mobile phones and sell them at cheaper rates to passers-by. The case has been registered and further investigation is on," Chinmoy Biswal DCP south-east Delhi spoke.