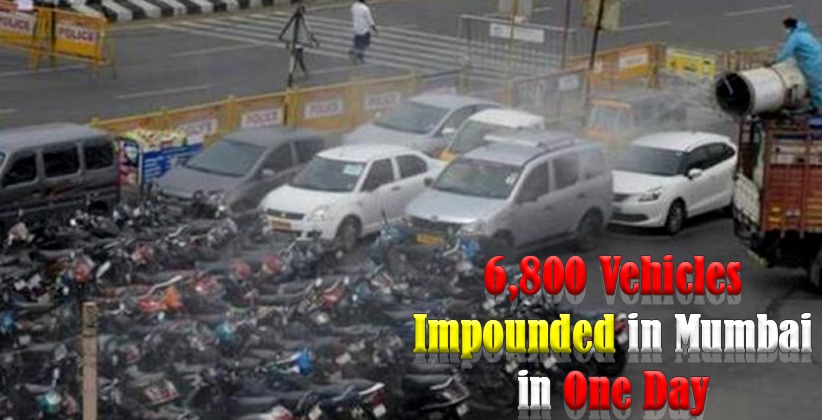 As many as 6,800 vehicles were seized by the police from different parts of Mumbai on Sunday for violation of the lockdown norms, an official said.

Earlier in the day, Mumbai Police imposed new guidelines stipulating that citizens cannot travel beyond a radius of 2 km of their residences, except in case they have to attend offices or have some medical emergency.

According to an Official, by Sunday evening the police had seized around 5000 vehicles which include two, three, and four-wheeler vehicles, from all 12 zones of the city.

Most vehicles were seized from zone 10. Traffic Police impounded about 1,890 vehicles, including 1,300 four-wheelers, 297 two-wheelers, 165 autorickshaws, and 128 taxis, for violating lockdown rules.

Mumbai Police Commissioner Parambir Singh had tweeted, “Driving Past 2 km of your place of residence for fun? We know a spot of your car.”

Many restrictions imposed during the lockdown are being eased down under ‘Mission Begin Again’, which was implemented earlier this month.

Barbershops and parlors were allowed to open from Sunday( June 28, 2020), under certain conditions.