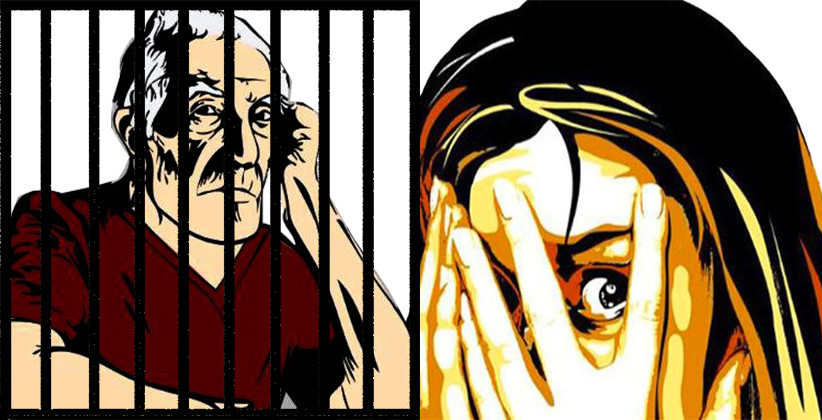 Crime, Police And Law Apr 18, 2019 Lawstreet News Network 3 Shares
3 Shares
A 61-year-old man has been arrested for allegedly stalking and molesting his daughter-in-law in the city of Gurugram.

The 28-year-old woman, a widow and mother of a toddler has filed a complaint in this regard in which she stated that she has been living with her one-and-a-half-year-old son in Sector 5 area since the death of her husband. In the complaint, the woman claimed that her father-in-law had been stalking her for the past many months and visited her home from time to time.

“On Tuesday evening, my father-in-law arrived at my house. He grabbed my hand and started molesting me. When I raised an alarm, he not only insulted but also thrashed me. I was scared but with the help of a neighbour, approached police,” the woman said in her complaint. The police have arrested the accused, who has allegedly confessed to the crime. The accused was produced in a city court on April 17, 2019, and sent to judicial custody. “We produced him in a city court which sent him to judicial custody,” said sub-inspector Sunita, the investigating officer in the case. According to police, the accused had been living with his daughter in Delhi but often visited the woman’s house. An FIR was registered against the accused under various sections of the Indian Penal Code, 1860- Sections 354-D (stalking), 354 (molestation), 323(causing hurt) and 509 (insult the modesty of a woman) at Sector 5 police station.

Crime, Police And Law Sep 27, 2020 Upendra Malaviya ( Editor: Ekta Joshi ) 2 Shares
2 Shares
The Delhi Police has issued more than three lakh Challans between June 15 and September 23, 2020, for violation of Pandemic norms in the National Capital, A total of 3, 54,944 challans have been issued within the said period. It happened after the Delhi Lt Governor Anil Baijal had empowered health, revenue, and police officials to impose fines up to Rs. 1,000 for violations of norms, including non- observance of quarantine rules, non-maintenance of social distancing, not wearing a face...
Read full post

Judiciary Sep 18, 2020 Neha Bharti ( Editor: Ekta Joshi ) 161 Shares
161 Shares
On September 16, 2020, Supreme Court while hearing the SLP in the case of Paramveer Singh Saini v. Baljeet Singh and Ors, directed the Chief Secretary of each State and Union Territories for a report to find out the exact position of CCTV cameras in each Police Stations and also the constitution of Oversight Committee which is in accordance with the order passed by the Supreme Court in the case of Shafhi Mohammad v. State of Himachal Pradesh dated 03.04.2018.  In Shafhi Mohammad v....
Read full post