A Gang of iPhone Snatchers Caught by the Delhi Police 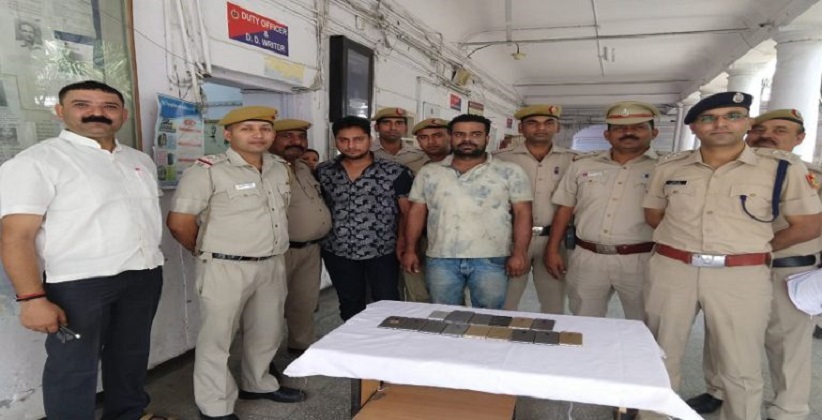 The frequent occurrences of snatching mobile phones and jewelry on Delhi roads especially in the posh areas of South Delhi or the busy streets of Central Delhi have taken the tally of such crimes on a serious note.

On May 27th, 2018, Daryaganj police station of Central Delhi arrested two thieves who would target and snatch only iPhones, with the reason of getting better sale price outside Delhi. The gang used to carry out the crime of pickpocketing and theft in Delhi's posh areas, metros and malls.

The modus operandi of the gang was to sell the stolen iPhones to Nepal, Bangladesh and Naxal hit areas so that the police could not trace it and they would get good money out of it.

This act attracts section 379 of the Indian Penal Code, which prescribes the punishment for theft, i.e., imprisonment of either description for a term which may extend to three years, or with fine, or with both.

After receiving intelligence information, a team of Daryaganj police station caught two members of the gang from the Pataudi house area of Central Delhi zone. The names of these two snatchers are Shahzad and Nizam.

Police have seized 15 expensive iPhones from their possession in which cases are registered in different locations in Delhi NCR.[/caption]

According to the sources, the police has seized 15 expensive iPhones from their possession in which cases are registered in different locations in Delhi NCR.

During the interrogation, it has been found out that, more than 150 iPhones have been sold out so far with a selling amount ranging between 15 to 20 thousand per handset by the gang.

Further interrogation has been carried by the Delhi Police to know more about other members of the gang and the main receiver who is running the network of sending stolen iPhones outside India.

'Tramadol,' Most Dangerous Drug Seized in Huge Quantity near Mumbai