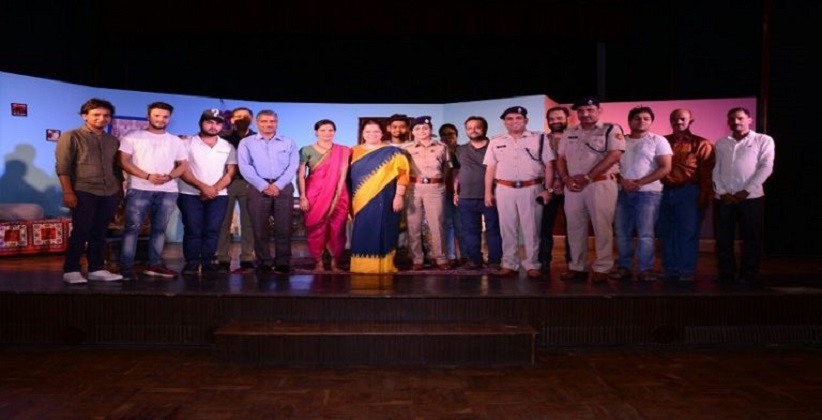 Under the leadership of Amulya Patnaik, Commissioner of Police, Delhi, the Delhi police is organizing many programmes to create a healthy relationship between Delhi people and police personnel through multiple innovative seminars and activities, especially during the last six months.

A play named as 'Sakubai' was staged at IIT Auditorium on May 13, 2018, in a unique community policing initiative by the Southwest District Police of Delhi on the eve of Mother's Day.

Ms. Monika Misra, a well-known actor, played the role of Sakubai. The play depicted the world through the eyes of a domestic helper, which is so omnipresent in all our lives especially in a city like Delhi. Themes varying from education and sexual abuse to the relation between a domestic helper with her employer and most importantly the relation between a mother and daughter were covered in the play with a remarkable peace of acting.

In day to day policing, there have been many instances when false cases are registered by and against the domestic helpers and the employers due to lack of mutual trust. This play was an effort to showcase that as human beings we need to trust and respect each other. Also, the efforts made by the protagonist to get a good education for her daughter made significant impact on the women working as domestic helpers.

The chief guest of the programme, Ms. Meenakshi Lekhi, MP Lok Sabha appreciated the innovative concept, spirit as well as the depiction of the play. Overall, the play was appreciated by all as a unique effort in community policing by the Southwest District Police. Such programmes are creating a healthy and friendly atmosphere between the police and the citizens of Delhi.