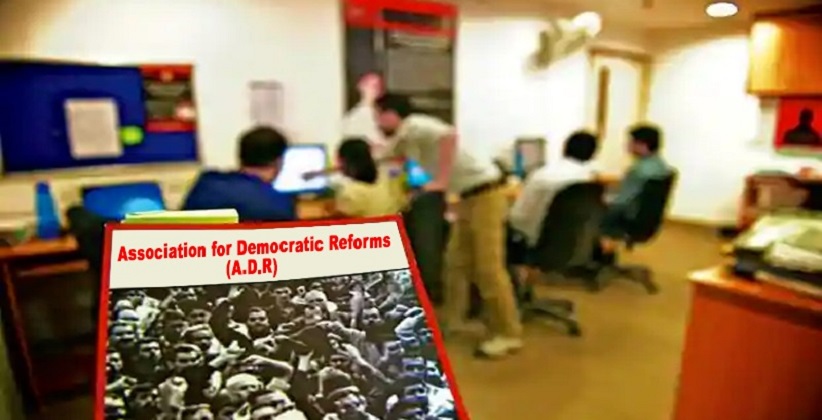 The outgoing Bihar assembly has 136 (57%) MLAs facing criminal cases and while 94 (39%) MLAs having serious criminal cases against them, according to a report by Association for Democratic Reforms (ADR) and Bihar Election Watch released on Monday ( September 14, 2020).

Assembly elections in the state due in October-November. The report has brought the spotlight on the Supreme Court order passed in February this year, making it mandatory for all political parties to publicize, on their respective party websites, social media handles, and in newspapers, the details of candidates with the criminal background being fielded to contest elections within a specified time period. It also said that parties must explain the reasons for selecting the candidate, and why someone without a criminal record was been selected instead. The ADR report, which analyzed the 2015 election affidavits of 240 sitting MLAs(three seats are vacant), said 11 MLAs had declared cases related to murder, 30 related to attempt to murder and five of the MLAs declared cases of crime against women, including one of rape. This analysis is based on the affidavits submitted by the candidates prior to the 2015 assembly elections and by-polls conducted thereafter. Party-wise, out of 80 MLAs of RJD, 45(56%) had criminal cases, while 34(49%) out of 69 MLAs from JD(U) had criminal cases against them. JD (U)’s an alliance partner in NDA, the BJP, was not far behind, with 34(63%) of its 54 MLAs facing criminal cases, followed by 14(56%) out of 25 MLAs from Congress, two out of two (100%) of LJP, three (100%) out of 3 MLAs from CPI(ML)(L) and four (80%) out of five Independent MLAs. The outgoing assembly had 160 (67%) crorepati MLAs, which works out to Rs 3.06 crore per MLA. Of these, 51 (74%) out of 69 MLAs are from JD(U), 51(64%) out of 80 MLAs are from RJD, 33(61%) out of 54 MLAs are from BJP, 17(68%) out of 25 MLAs from INC, 2(100%) out of 2 MLAs from LJP, 1(100%) out of 1 MLA from All India Majlis-e-Ittehadul Muslimeen and 5(100%) out of 5 MLAs from Independent have declared assets valued more than Rs 1 crore. “The average assets per MLA for 80 RJD MLAs analyzed is Rs.3.02 crore, Rs 2.79 crore for 69 JD(U) MLAs, Rs.2.38 crore for 54 BJP MLAs and Rs 4.36 crore for 25 Congress MLAs,” reveals the study. Similarly, 94 (39%) MLAs have declared their educational qualifications to be between 5th pass and 12th pass while 134 (56%) MLAs have declared having an educational qualification of graduate or above. Nine MLAs have declared in their affidavits that they are just literate.